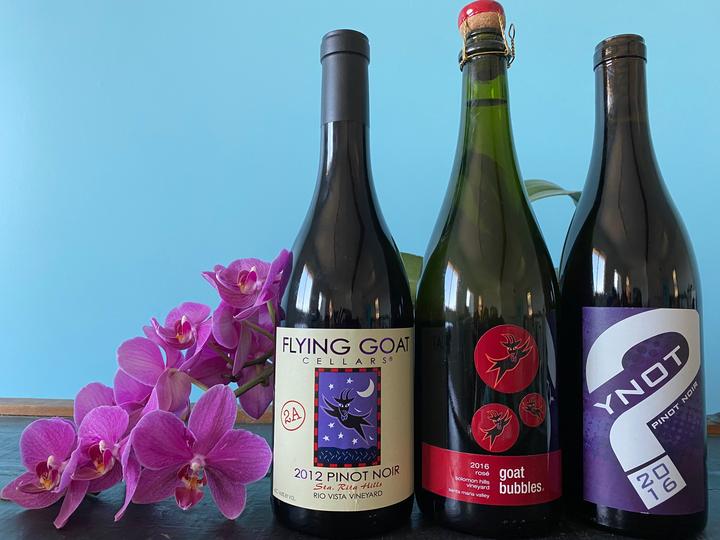 This event is part of our CAA-All-Access program

Please join us in the maiden trip of our CAA-WIN series as the great Jon Bonné embarks on a journey to discover Columbia-inspired wines and to find that elusive 'perfect' wine worthy of the disciples of the King's college. This month's journey brings Jon to the scenic Lompoc Valley in Santa Barbara County wine country to connects with fellow Columbian Kate Griffith of Flying Goat Cellars.

Together with Kate, Jon will explore the philosophy behind the cellars and its Pinot & Sparkling Wine selection. Kate will tell about her own journey from Morningside Heights to her expertise in international affairs to meeting her future husband winemaker and master chef Norm Yost, who will describe the Flying Goat wines and share one of his favorite pairing recipes.

And the celebration of good wine, good company, and good spirits of Columbia will not be complete without raising a toast together to Washington DC on its 230th birthday, July 16, 1790. 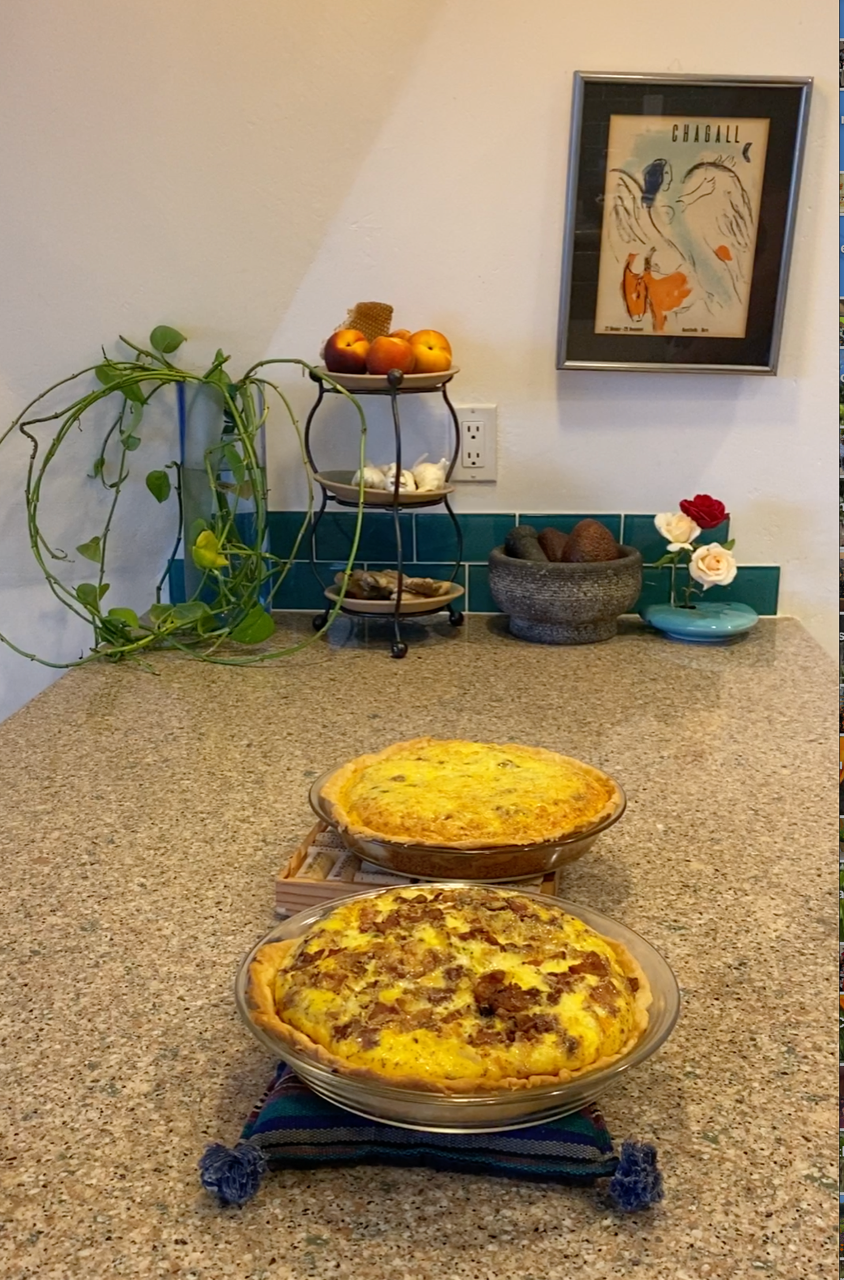 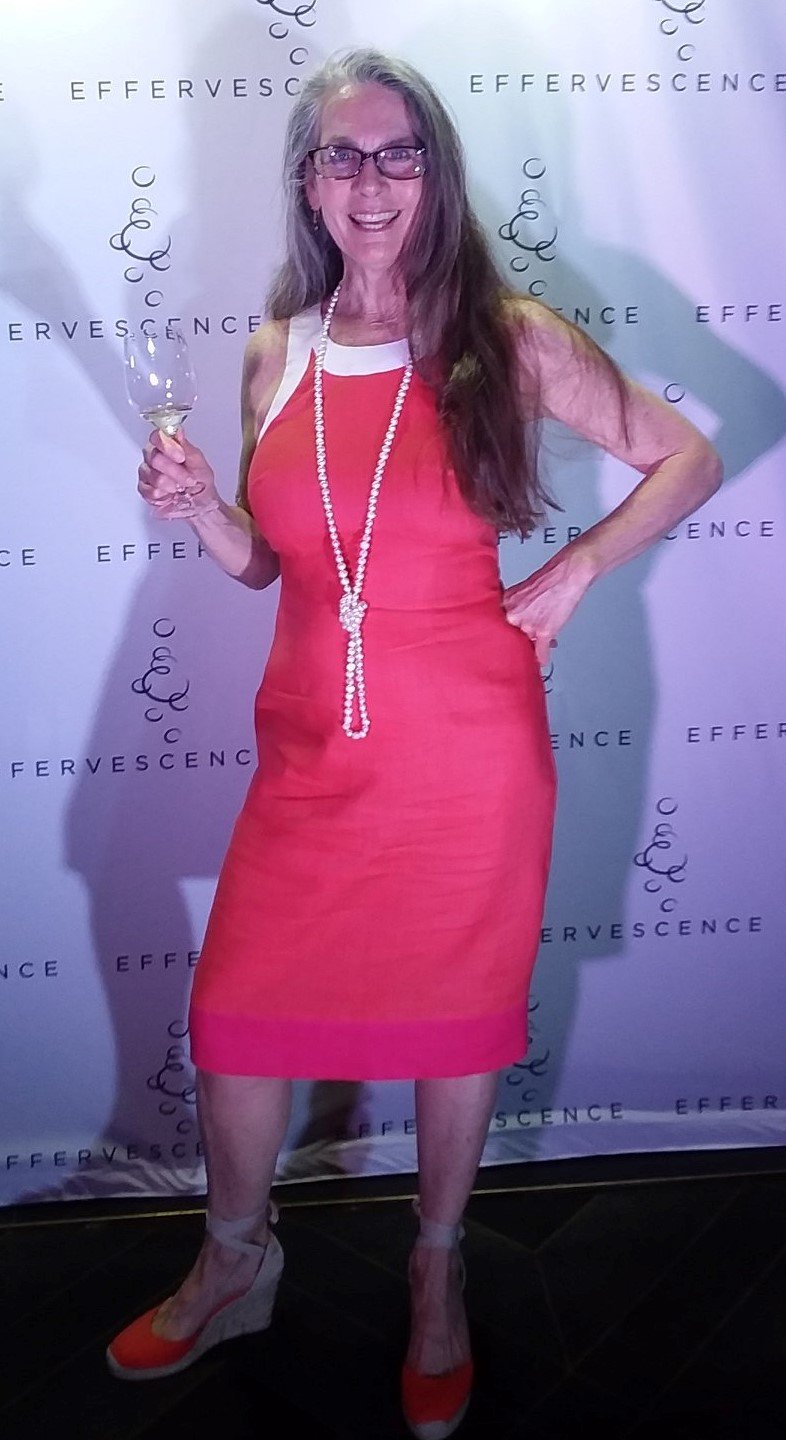 Kate Griffith, Chief Philosopher and Proprietor, graduated with master’s degrees from the University of California, San Diego and Columbia University School of International and Public Affairs. She has over 40 years of communications, branding and marketing experience, much of it self-employed and specializing in Latin America. Her most visible campaign was on the passage of NAFTA, while working as a foreign agent for the Government of Mexico. In 2002, Kate relocated to work for the City of Lompoc and helped grow the infant wine industry. In Lompoc she met the love of her life, married Norm Yost on 01/01/10 and began working for Flying Goat Cellars. She now enjoys being a proprietor in a family business, branding and selling Norm’s handcrafted wines. Kate has also been a board director for CoastHills Credit Union, Santa Barbara Vintners, Lompoc Wine Alliance, Lompoc Valley Beekeepers Association, Santa Barbara County Workforce Investment Board and Santa Barbara Conference & Visitors Bureau and Film Commission (Visit Santa Barbara), as well as a planning commissioner for the City of Lompoc. 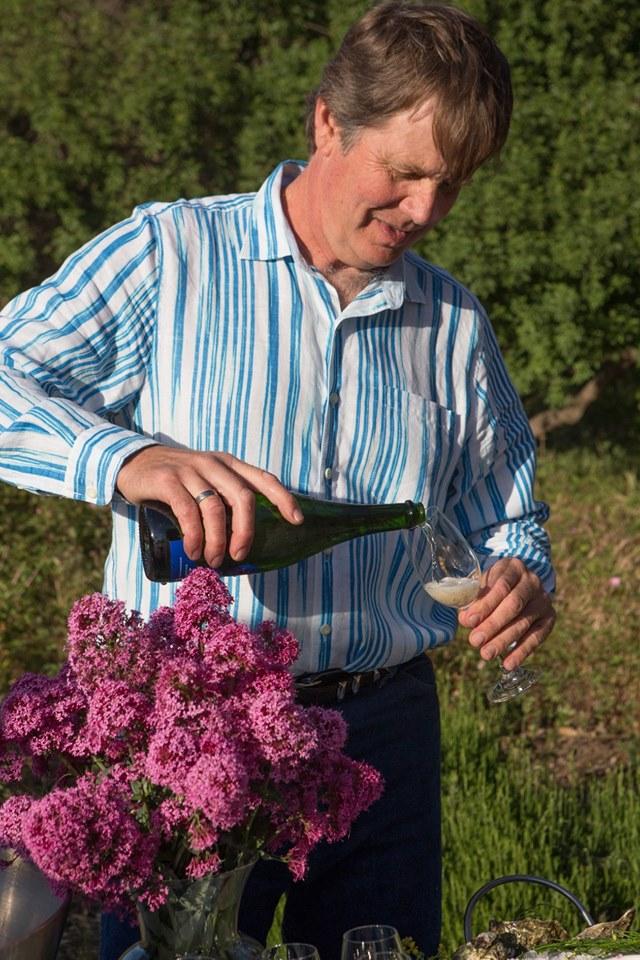 Norm Yost, Winemaker and Proprietor, graduated from the University of California, Davis with a bachelor’s degree in environmental studies in 1981. When his college roommate graduated from the winemaking program with a job and Norm didn’t have employment, he morphed from a beer-drinking football player into a winemaking craftsman. During his 39 vintages in the industry, Norm has worked for diverse wineries in Napa Valley, Russian River in Sonoma County, Margaret River in Western Australia, and Oregon’s Willamette Valley. He refined his cool weather winemaking techniques in Santa Barbara County, where he has spent over half of his career. He attributes his vast experience in the industry to the success of Flying Goat Cellars, which he launched in 2000. As the proprietor of his own business, Norm enjoys the freedom to focus on his passion for making vineyard-designated Pinot Noir and sparkling wine. He is also an advisory board member for Allan Hancock College Viticulture and Oenology Program. He has been a board director for World of Pinot Noir, Santa Barbara Vintners and Sta. Rita Hills Winegrowers Alliance and a winemaking instructor at Allan Hancock College.

Jon Bonné has become one of the most influential and widely-read American voices on wine and food over the past 15 years. He is currently the Managing Editor of RESY, helping to oversee its editorial team. That comes after several years as Senior Contributing Editor for PUNCH, where he has written a regular column. In 2017, he was honored as Feature Writer of the Year at the Roederer Awards.

For nearly a decade, he was the Wine Editor and Chief Wine Critic of The San Francisco Chronicle. During that time, he ran the paper’s wine and drinks coverage, including the only standalone wine section in an American newspaper, and co-edited the paper’s combined Food & Wine section.

Bonné is the author of The New California Wine (Ten Speed Press), which was honored as the Roederer International Wine Book of the Year, and The New Wine Rules, which is also currently published in several international editions. He is currently finishing his next book, The New French Wine. Previously Bonné was the lifestyle editor at MSNBC, where he also worked as a producer and correspondent, covering everything from politics to the airline industry. Additionally, he has served as the U.S. columnist for Britain’s Decanter magazine and the wine columnist for Seattle magazine, and has written about wine and food for such top publications as Saveur, Food & Wine, The Washington Post, The Art of Eating and Noble Rot. For several years he served as the U.S. Chairman of the Decanter World Wine Awards.

That work in wine and food journalism has won numerous awards, including two James Beard Foundation awards for his work at the Chronicle, and repeated accolades from the Association of Food Journalists. And his overall journalism career spans 25 years. That includes a decade of pioneering work in digital journalism, beginning in 1996, for such organizations as NBC News, Court TV and News Corporation.