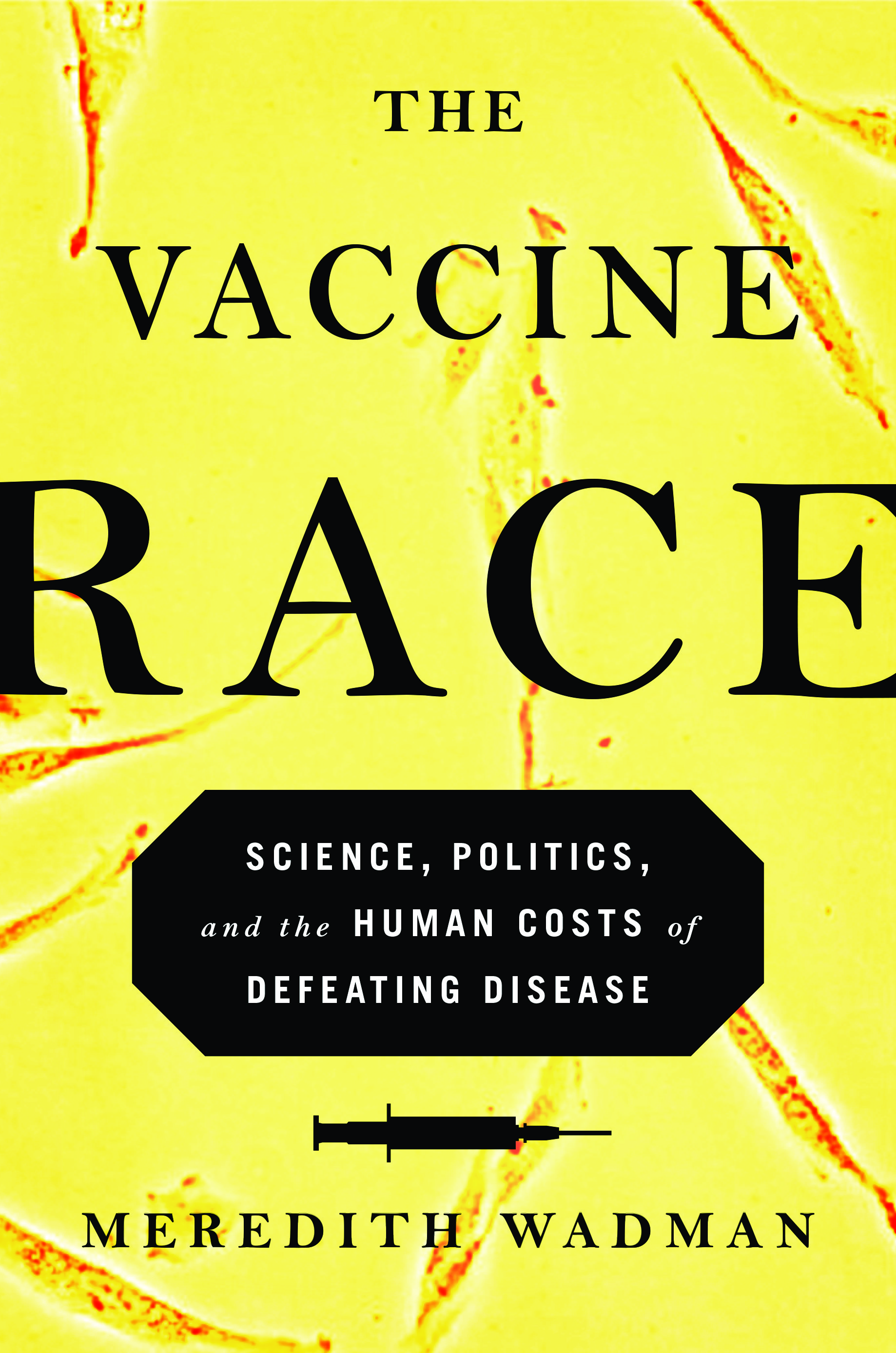 Disease-carrying mosquitoes as regular passengers on international flights; lifestyles and diets untested by evolution; pervasive human interaction with other species...all feed the fear of a catastrophic epidemic. This is not only our imagination: outbreaks of diseases such as Zika, Ebola, and Avian flu are happening with alarming regularity – and vaccines against them aren’t nearly ready for prime time. Experts say that it is not a matter of if, but when, a major, deadly epidemic reaches American shores.

Join us for a captivating book-talk as Meredith Wadman, a J-School alumna, physician and veteran medical reporter with Science discusses The Vaccine Race: Science, Politics and the Human Costs of Defeating Disease. (Andrew Carnegie Medal nominee for Excellence in Non-Fiction; Washington Post Notable Book of 2017.) Wadman’s critically acclaimed tale tells the true story of how German measles was defeated with a vaccine forged in a David-and-Goliath fight between two academic scientists and their competitors in the pharmaceutical industry.

The race, people with larger-than-life characters and stranger-than-fiction events – including what was possibly the largest intellectual property heist in U.S. history – took place in the crucible of a historic German measles epidemic that left women of childbearing age terrified and led to the births of tens of thousands of damaged babies. Wadman will also take us to the Philadelphia orphanage where the vaccine was first tested, in an era when powerless people from prisons to hospital charity wards were regularly used as guinea pigs. And she will tell us of Mrs X, the anonymous woman whose aborted fetus, taken without her knowledge or consent, gave rise to the cells that made the vaccine possible.

In the age of Zika and Ebola, her tale holds plenty of lessons for today.

The Book will be available for purchasing and signing

Meredith Wadman has covered the politics of medical research from Washington for twenty years. She is a reporter at Science and was formerly a reporter for Nature and a contributing writer at Fortune. Her opinion articles have appeared in the New York Times, the Washington Post and the Wall Street Journal.  A graduate of Stanford University and the Columbia Graduate School of Journalism, she began medical school at the University of British Columbia in her native Vancouver, Canada and completed her medical degree as a Rhodes Scholar at the University of Oxford.  She lives in Arlington, Virginia, with her husband Tim Wells, two teenage sons and two much-loved dogs.