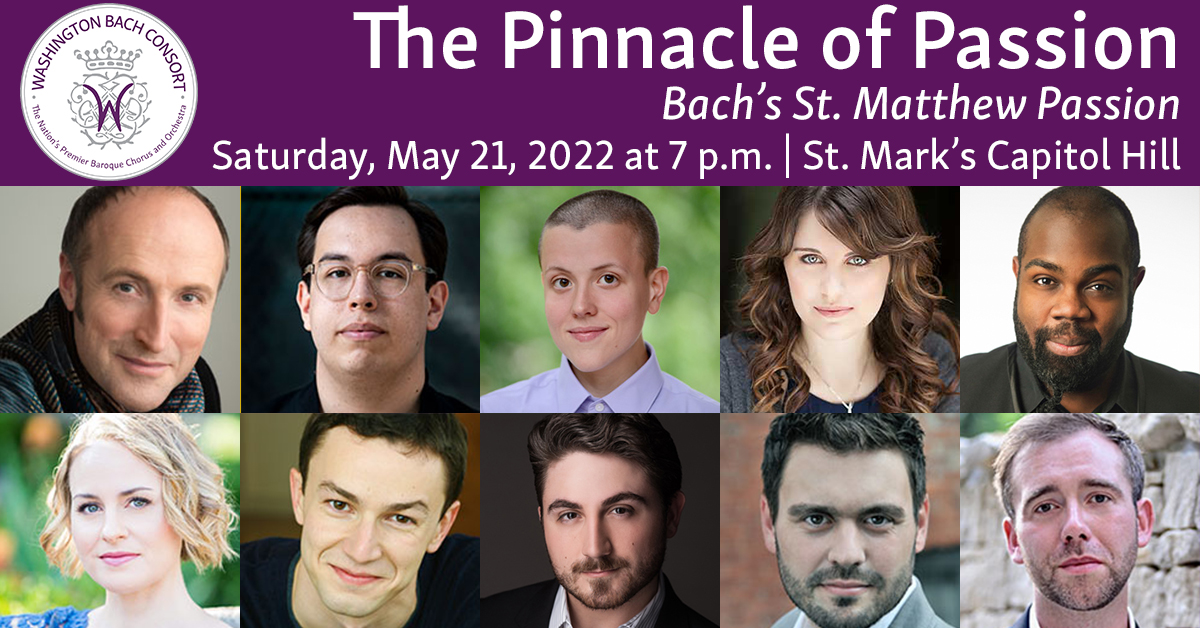 At the historic St. Mark’s, on Capitol Hill

Join us for this truly remarkable event, with a full baroque orchestra, chorus, and soloists performing in a beautiful historic building in the heart of the city. A champagne toast will be offered to ColumbiaDC members during the concert's intermission.

Sales end on Friday, May 13

Bach’s St. Matthew Passion is thought by many to be his most profoundly crafted work—perhaps his magnum opus. Some even see it as one of the greatest musical compositions of all time. Its musical architecture alone has been praised for centuries. Above all, our Consort musicians live to perform it! Falling into obscurity after Bach’s lifetime, it was reintroduced by Felix Mendelssohn in 1829 at the head of the modern Bach revival. With its deeply expressive rhetorical gifts, it is an experience that will remain in your memory long after the performance has ended.

Running time: 190 minutes including intermission
Tickets include a 25% special discount off the box office price It also includes a champagne toast offered during the concert's intermission.
Metro:  Capitol South Station

Washington Bach Consort (WBC) is the nation's premier baroque chorus and orchestra dedicated to historically informed performances of 18th-century music on period instruments under the direction of Dana Marsh.