What happens when the human brain, which evolved over eons, collides with twenty-first-century technology? Machines can now push psychological buttons, stimulating and sometimes exploiting the ways people make friends, gossip with neighbors, and grow intimate with lovers. Sex robots present the humanoid face of this technological revolution—yet although it is easy to gawk at their uncanniness, more familiar technologies based in artificial intelligence and virtual reality are insinuating themselves into human interactions.

In this talk, the evolutionary biologist Rob Brooks offers an innovative perspective on the possibilities of the present and near future, when machines, fueled by masses of user data and powered by algorithms that learn all the time, transform the quality of human life. He explores the latest research on intimacy and desire to consider the interaction of new technologies and fundamental human behaviors. He details how existing artificial intelligences can already learn and exploit human social needs—and are getting better at what they do. Brooks combines an understanding of core human traits from evolutionary biology with analysis of how cultural, economic, and technological contexts shape the ways people express them. 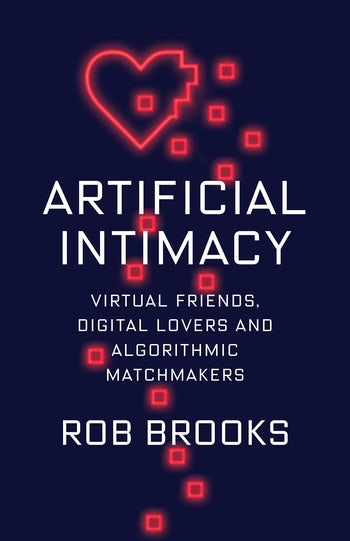 "Rob Brooks weaves an engaging story of how this near future may look, drawing deeply on both his background as an evolutionary biologist and his skill as a scientific storyteller. Get ready for a roller-coaster ride into love and intimacy in your digital future." Toby Walsh, author of 2062: The World That AI Made 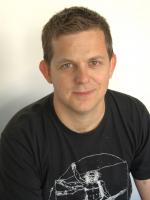 Rob Brooks is Scientia Professor of Evolution at UNSW Sydney. With a PhD from the University of the Witwatersrand, Johannesburg, he has made a career of studying the conflict and cooperation involved in sex and reproduction in a variety of species including humans. He won the Australian Academy of Science’s Fenner Medal for biological research, as well as the Queensland Literary Award for Science (for his first book Sex, Genes, & Rock ’n’ Roll: How Evolution Has Shaped the Modern World) and the Eureka Prize for Science Communication. His new book Artificial Intimacy: Digital Lovers, Virtual Friends and Algorithmic Matchmakers was published in September 2021 by Columbia University Press.