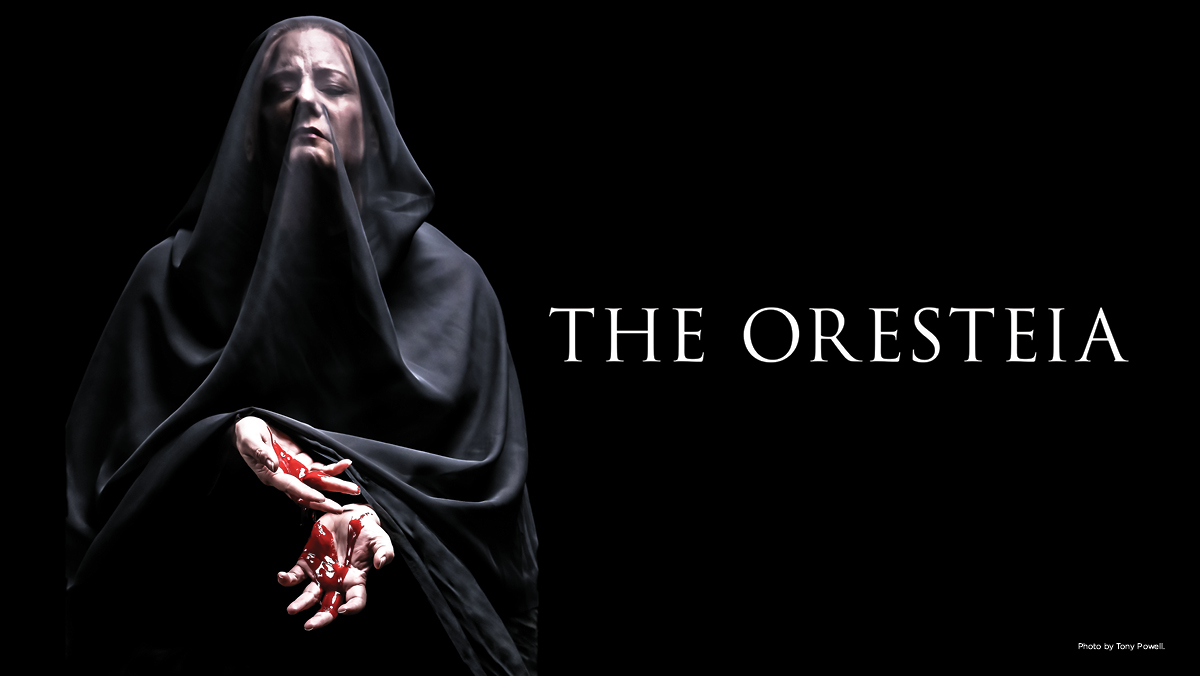 followed by a talk-back with Michael Kahn, CC '63

The Artistic Director of the Shakespeare Theatre Company


Through ten years of war, grief and rage, Queen Clytemnestra lies in wait for her husband Agamemnon’s return, determined to avenge one child, only to doom the others. The sole surviving trilogy in Greek tragedy, The Oresteia chronicles a deluge of violence that can only be stopped when society peers into its own soul and sees the depths of its complicity. Playwright Ellen McLaughlin (The Persians) has written a new version of the classic, commissioned by STC. Her play, three years in the making, weaves together the works of Aeschylus with stunning poetry and emotional heft. An epic, world-premiere interpretation of this pillar of western culture, The Oresteia makes a fitting end to Michael Kahn’s tenure as Artistic Director of the Shakespeare Theatre Company.

"How do we respond to a volatile world, to the crises we find ourselves living through? How do we gain anything like perspective? One way is to look at these great plays, to see how the Greeks met their own times as artists. In doing so, we go back into these tall, well-lit rooms to re-encounter these towering figures and listen hard.

The Oresteia are three of the oldest plays we have. They show us Aeschylus grappling with the experiment of civilization – considering, with clear eyes, its weaknesses and its hopes. The Greeks had no illusions about the fragility of society and of democracy. They knew all too well that the whole undertaking was always at risk, threatened by forces both without and within, as indeed it always is. This play is a long struggle to see whether civilization can in fact survive humanity, whether their grand experiment can withstand our basest nature, which is always working against our attempts to do right by the world and by each other. How do we address our times from within these ancient, ancient stories? We have to remember that these stories were as ancient to the Greeks as they are to us. They used these old stories to look at their own times and to assess their souls, the size of them, what they were capable of and what they were up against. I believe that’s what artists do, and if you’re lucky, you do it with an extraordinary company like this one. I am very grateful that STC is the cradle for this brand new/ancient play." From the playwright Ellen McLaughlin

Michael Kahn has directed 64 productions at STC, received 28 awards for his artistry and leadership and steered the Company to the 2012 Regional Theatre Tony Award, all since the start of his tenure as Artistic Director in 1986. In 1991 he inaugurated the Free For All, which brings an STC production to audiences completely free of charge each year and has reached over 700,000 patrons. He also created the Academy for Classical Acting, an MFA program in partnership with The George Washington University. Since the 1960s Kahn’s work has appeared on Broadway, Off-Broadway and in theatres around the United States, in addition to Athens, Cairo, Stratford-upon-Avon and Adelaide. Previously Artistic Director of the McCarter Theatre Center, the American Shakespeare Festival, the Acting Company and Chautauqua Theatre and Conservatory, he was a founding faculty member of the Drama Division of the Juilliard School and served as the Richard Rodgers Director of the Division for 15 years. He has also been on the faculties of New York University and the Circle in the Square Theatre School. Honored by numerous awards, including a Tony Award nomination for Showboat, Kahn was inducted into the Theater Hall of Fame and was recognized as an Honorary Commander of the Most Excellent Order of the British Empire (C.B.E.) in 2013.

Ellen McLaughlin's plays have received numerous national and international productions. They include Days and Nights Within, A Narrow Bed, Infinity's House, Iphigenia and Other Daughters, Tongue of a Bird, The Trojan Women, Helen, The Persians, Oedipus, Ajax in Iraq, Kissing the Floor, Septimus and Clarissa, and Penelope. Producers include: the Public Theater, The National Actors' Theater and New York Theater Workshop in NYC, Actors' Theater of Louisville, The Actors' Gang L.A., Classic Stage Co., N.Y., The Intiman Theater, Seattle, Almeida Theater, London, The Mark Taper Forum, L.A., The Oregon Shakespeare Festival, The Getty Villa, California., and The Guthrie Theater, Minnesota, among other venues.

She has taught playwriting at Barnard College since 1995. Other teaching posts include Breadloaf School of English, Yale Drama School and Princeton University, among others.

Ms. McLaughlin is also an actor. She is most well known for having originated the part of the Angel in Tony Kushner's Angels in America, appearing in every U.S. production from its earliest workshops through its Broadway run.