The Social Costs of Mass Incarceration 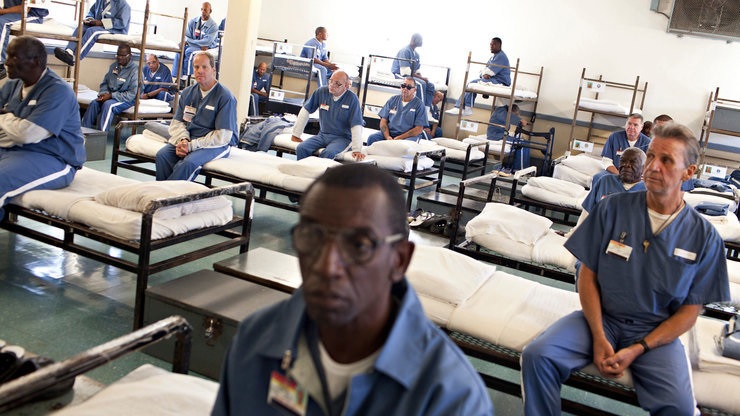 More people are incarcerated today in the United States than in any other country in the world. On November 4th, join the Columbia DC Club of Washington DC and Washington National Cathedral for a timely presentation and panel discussion on the costs of this relatively recent phenomenon. Professor Bruce Western will provide a brief look at the history of incarceration and outline some of the most significant consequences. Following, Professor Western will be joined by panelists Marc Howard of Georgetown University, Brittany Floyd of Women Involved in Reentry Efforts, and moderator Leonard Hamlin of the National Cathedral for a discussion focused on the individual and collective costs of incarceration along with potential remedies.

Professor Bruce Western is the Bryce Professor of Sociology and Social Justice and Co-Director of the Justice Lab at Columbia University. His research has examined the causes, scope, and consequences of the historic growth in U.S. prison populations. Current projects include a randomized experiment assessing the effects of criminal justice fines and fees on misdemeanor defendants in Oklahoma City, and a field study of solitary confinement in Pennsylvania state prisons. Western is also the Principal Investigator of the Square One Project that aims re-imagine the public policy response to violence under conditions of poverty and racial inequality. He was the Vice Chair of the National Academy of Sciences panel on the causes and consequences of high incarceration rates in the United States. He is the author of Homeward: Life in the Year After Prison (Russell Sage Foundation, 2018), and Punishment and Inequality in America (Russell Sage Foundation, 2006). He is a member of the National Academy of Sciences and the American Academy of Arts and Sciences. He has been a Guggenheim Fellow, a Russell Sage Foundation Visiting Scholar, and a fellow of the Radcliffe Institute of Advanced Study. Western received his Ph.D. in Sociology from the University of California, Los Angeles, and was born in Canberra, Australia.

Professor Marc Howard is Professor of Government and Law, and the founding Director of the Prisons and Justice Initiative, at Georgetown University. He is one of the country's leading voices and advocates for criminal justice and prison reform. His scholarly research, teaching, and writings have received numerous awards. Under Howard's leadership, the Prisons and Justice Initiative has launched three programs providing education and support for former and currently incarcerated people. His most recent book is Unusually Cruel: Prisons, Punishment, and the Real American Exceptionalism. Howard received his B.A. in Ethics, Politics, and Economics from Yale University, his M.A. and Ph.D. in Political Science from the University of California, Berkeley, and his J.D. from Georgetown University

Brittney Floyd is the CEO of Our Generations Missing Piece, the Youth Engagement Coordinator at Women Involved in Reentry Efforts (The WIRE DC), and a Social Service Representative with the D.C. Department of Human Services. After being arrested in her senior year in High School due to a conspiracy against her father, she pled guilty to a felony in a joint plea to prevent her father from being sentenced to life in prison. Having faced the collateral consequences of this conviction, she has worked on projects including the Department of Youth Rehabilitation Services (DYRS) and the Criminal Justice Coordinating Council (CJCC). Currently in her junior year at UDC, Floyd speaks candidly and articulately about what it will take to reform justice for women and girls.

Canon Missioner Leonard Hamlin began his tenure at the Washington National Cathedral in April 2018. In his role as Canon Missioner, Dr. Hamlin oversees the Cathedral’s outreach and social justice initiatives, including gun violence prevention and racial justice and reconciliation. In particular, Dr. Hamlin assists in the building of partnerships and the equipping of the Cathedral community and the congregation to serve as the hands and feet of Christ in the world. Prior to his arrival at the Cathedral, Dr. Hamlin served as the Pastor of Macedonia Baptist Church in Arlington, Va. for 22 years. Under his leadership, the congregation was strengthened numerically and spiritually while numerous ministries, discipleship classes and mission efforts were organized to meet the needs of the congregation and the community locally, regionally and nationally. Dr. Hamlin received his Bachelor of Business Administration Degree (1983) from the Howard University School of Business, Master of Divinity Degree (1994), and a Doctor of Ministry Degree from the Howard University School of Divinity (1996). He has served and been appointed to numerous community, faith-based and governmental boards, commissions, agencies.

Dr. Hamlin is married to Machell Nicholson Hamlin, Esquire, assistant vice president of staff counsel for the GEICO Corporation, and they are the proud parents of one son, Leonard L. Hamlin, Jr.