She Opened the Door 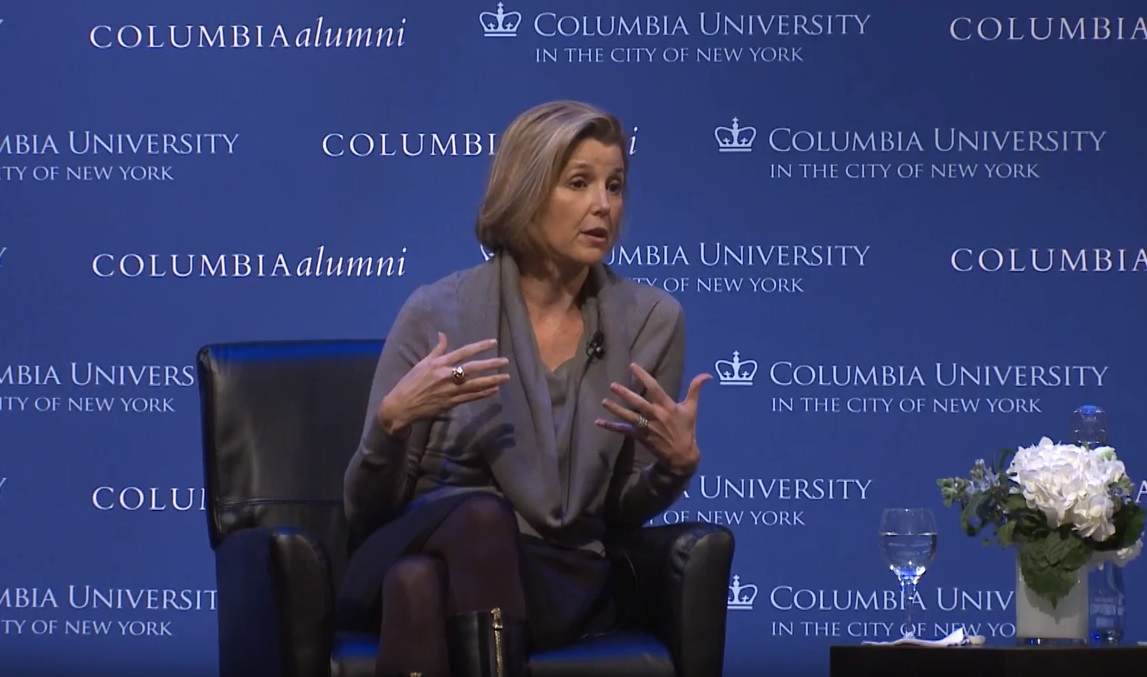 A conversation with Sallie Krawcheck, BUS '92

CEO and co-founder of Ellevest

Please join us for an exciting evening as TIME Magazine contributor and startup entrepreneur Jay Newton-Small, JRN '01 interviews Sallie Krawcheck, about her experience from Wall Street years to her startup Ellevest. Famously dubbed as The last Honest Analyst on Wall Street, Krawcheck makes the business case for cognitive diversity in the workplace, non-conformity especially on moral values, and elimination of gender investment gap.

Parking: Complimentary parking is available after 6 pm at the 2001 Pennsylvania Ave. NW, LAZ garage.
The garage is located on 20th Street between I Street and K Street (please note: enter the garage closest to I Street). A reservation is not required for parking. Let the attendant know you are going to the Arts Club. After 8 pm the garage is closed and one of the Arts club's staff members will need to escort you back to the garage.

Sallie Krawcheck's professional mission is to help women reach their financial and professional goals (or, put more bluntly, to get more money into the hands of women), thus enabling them to live better lives and unleashing a positive ripple effect for our families, our communities and our economy. To that end, she is the CEO and co-founder of Ellevest, a digital-first, mission-driven investment platform for women. Ellevest is one of the fastest growing digital investment platforms and has been named a #24 on CNBC’s top 50 "Disruptor" list, #14 on LinkedIn’s 50 “Most Sought-After Startups” (and #2 in New York), and one of Entrepreneur Magazine’s Top 100 Brilliant Ideas. Krawcheck is also Chair of the Ellevate Network, a 135K-strong global professional women’s network; she is Chair of the Pax Ellevate Global Women’s Leadership Fund, a fund that invests in the top-rated companies for advancing women; and she is the best-selling author of “Own It: The Power of Women at Work.”

Krawcheck, one of few executives to find success in large complex companies and as a startup CEO, is widely recognized as one of the most influential women in business. She has been recognized by Inc. as a “Top Female Founder”, called "The Last Honest Analyst" by Fortune magazine, was named the seventh most powerful woman in the world by Forbes, was # 9 on Fast Company's list of the "100 Most Creative People in Business." She has been called one of the top 10 up and coming entrepreneurs to watch by Entrepreneur Magazine and has landed on Vanity Fair’s “The 2018 New Establishment List.”

Before launching Ellevest, Krawcheck built a successful career on Wall Street: She was the CEO of Merrill Lynch, Smith Barney, US Trust, the Citi Private Bank, and Sanford C. Bernstein. She was also Chief Financial Officer for Citigroup. Prior to that, Krawcheck was a top-ranked research analyst covering the securities industry.

Jay Newton-Small is the author of the 2016 best-selling book, 'Broad Influence: How Women Are Changing the Way America Works'. Previously, Newton-Small was Washington correspondent for TIME Magazine, where she remains a contributor. At TIME she covered politics as well as stories on five continents from conflicts in the Middle East to the earthquake in Haiti and the November 2015 Paris terror attacks. She has written nearly a dozen TIME cover stories and interviewed numerous heads of state, including Presidents Barack Obama and George W. Bush. Before TIME, Newton-Small was a reporter for Bloomberg News, where she covered the White House and politics.

Newton-Small is the founder of MemoryWell, a national network of more than 700 professional writers who tell the life stories of seniors to help improve their care. As a digital platform for elder storytelling, MemoryWell writers work with families, senior living communities and home care providers to replace burdensome intake questionnaires with brief, intimate stories. MemoryWell's portraits enable staff to quickly get to know residents, build empathy and are poignant keepsakes for families. More information can be found HERE.

Newton-Small received an M.S. in journalism from Columbia University and undergraduate degrees in International Relations and Art History from Tufts University. She is a 2017 Halcyon Incubator fellow, a 2016-2017 New America fellow and a 2015 Harvard Institute of Politics fellow. She is the 2016 winner of the prestigious Dirksen Award for congressional reporting and the 2016 Deadline Club award for community service reporting.

The She Opened the Door initiative, which began with a historic conference in New York City in 2018, aims to enlighten, educate, elevate, and to empower Columbia women across the University.

'She Opened the Door' fosters this powerful network of women, whose connection with Columbia broadens their potential and impact in the world, both personally and professionally.