Americans and the Holocaust 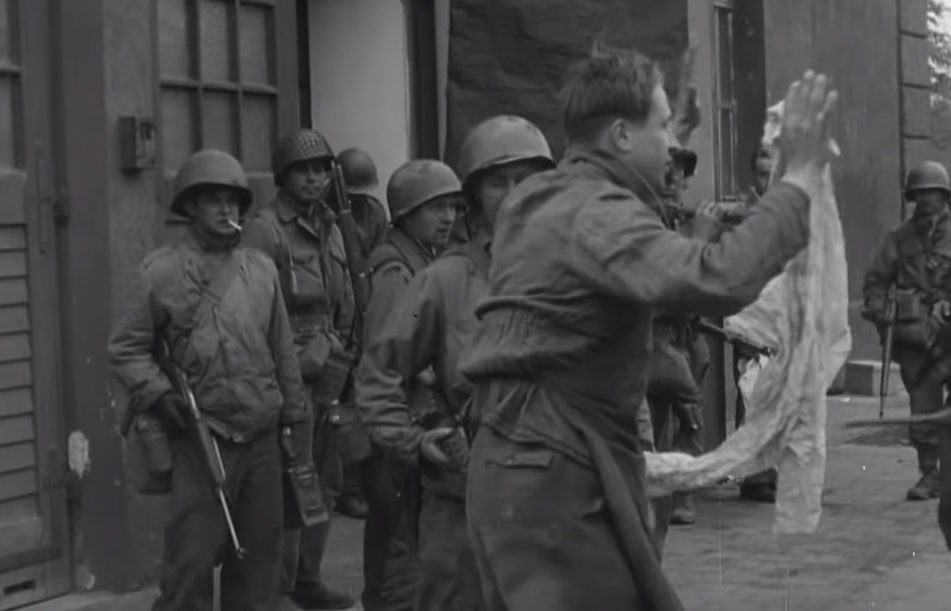 on the 75th anniversary of the liberation of Dachau

On 29 April 1945 Dachau was surrendered to Brig. Gen. Henning Linden of the 42nd Infantry Division of the U.S. Army by Untersturmführer Wicker. Linden arrived at the command post in Dachau at about 15:00 and proceeded to make his way across the Amper River to the site of the complex approximately one-half kilometer south of the bridge he crossed. What they found was beyond shocking...

The role of Marguerite Higgins ’42JRN, the first woman to win the Pulitzer Prize for International Reporting for her Korean War dispatches years later, was critical in encouraging the US Army to liberate Dachau as early as they did, as it was not deemed a strategic military target. This may have prevented an imminent mass execution of the inmates by the Waffen-SS. Her report for New York Herald Tribune, as one of the first two Americans stepping inside the camp, is HERE.

The guided tour of the 'Americans and the Holocaust' exhibition explores the motives, fears, and pressures that shaped American responses to Nazism, war, and genocide in the 1930s and 1940s.

This is followed by a self-guided exploration of the 'American Witnesses' exhibition, which highlights the experiences of the American men and women who saw first-hand evidence of Nazi crimes, including the liberators of Dachau. The required timed-passes will be distributed to the attendees during the first part of the tour.

This event is strictly members-only; all proceeds will be donated to the USHMM.

The United States Holocaust Memorial Museum is working to keep Holocaust memory alive while inspiring citizens and leaders to confront hatred, prevent genocide, and promote human dignity in our constantly changing world. For more information, and for additional ways to donate, please visit their site at https://www.ushmm.org/