The Columbia Alumni Association, Washington, D.C., presents a diverse group of panelists from the Department of Defense, the Department of State, and the Office of the United States Trade Representative, to discuss the leadership through changes. There will be a robust discussion on national security, trade, and technology and a Q & A session.

Please join us to hear from Columbia Alumni about their career aspirations and their journey to the Biden-Harris Administration.

Introduction of the panelists by Lobsang Salaka, SIPA'18, Board of Director, Columbia Alumni Association, Washington, D.C. Lobsang, a US Army veteran, is currently a Doctoral candidate of Law and Policy at Northeastern University. His specialty is social media data privacy, and has worked on veterans, immigration, national security, trade, and human rights issues. Lobsang has worked at the Office of Retailer and Compliance, U.S. Department of Agriculture, Bureau of Democracy, Human Rights, and Labor in the U.S. Department of State, and U.S. Census Bureau. 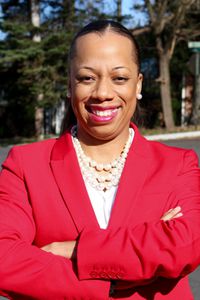 Asha Castleberry-Hernandez is the Senior Advisor to the Assistant Secretary. She previously served as the Kuwait Desk Officer at U.S. Army Central. She worked on security cooperation with the OMC and the Kuwait Ministry of Defense. In addition, Asha served as a Senior Key Leadership Engagement Officer for Combined Joint Task Force-Operation Inherent Resolve in Iraq and Kuwait. During the Obama Administration, Asha previously served at the U.S. Mission at the United Nations working peacekeeping operations in the African Continent. Currently, Asha is a Major in the U.S. Army Reserves. Furthermore, Asha is a former university professor teaching U.S. Foreign Policy, International Affairs, and U.S. National Security. Asha was an instructor at Fordham University, George Washington University, and Baruch College. She is a term member at the Council on Foreign Relations, a former Robert J. Meyers fellow at the Carnegie Council on Ethics & International Affairs, Adjunct Fellow at the American Security Project, Fellow at Foreign Policy Interrupted, and former Senior Associate at Center for International and Strategic Studies. 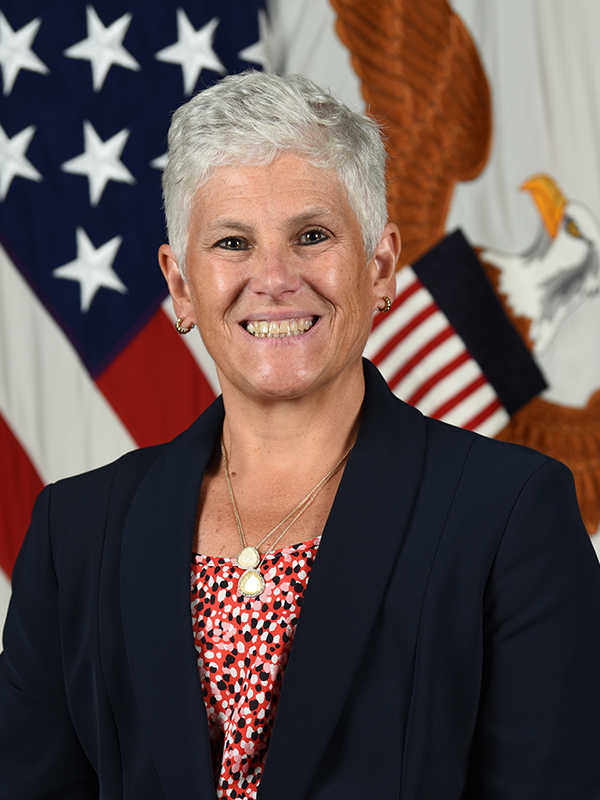 Ms. Deborah G. Rosenblum currently serves as the Assistant Secretary of Defense for Nuclear, Chemical, and Biological Defense Programs (ASD(NCB)). In this capacity, she is the principal advisor to the Secretary, Deputy Secretary, and Under Secretary of Defense for Acquisition and Sustainment (A&S) on nuclear energy, nuclear weapons, and chemical-biological defense. Prior to her position as Assistant Secretary of Defense, she was the Executive Vice President at the Nuclear Threat Initiative (NTI). Rosenblum has served on the board of the Herbert Scoville Jr. Peace Fellowship since 2012. From 2017 to 2018, Rosenblum served as an N Square fellow focused on driving innovation in the nuclear field. Now, she currently serves as an advisor to the fellowship program.

Rosenblum spent seven years as vice president of The Cohen Group, an international consulting firm. She served in senior positions with the U.S. Department of Defense in homeland defense, peacekeeping operations, support, nuclear forces, and counter-proliferation policy. Rosenblum holds a master's degree from Columbia University's School of International and Public Affairs and is a Phi Beta Kappa graduate with a bachelor's degree from Middlebury College. She is fluent in French. 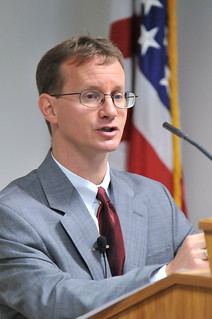 Ed Gresser is the Assistant U.S. Trade Representative for Trade Policy and Economics. The Office of Trade Policy and Economics is responsible for USTR's economic research, oversees the use of trade data, produces the National Trade Estimate Report, manages the Trade Policy Staff Committee interagency process, and implements the Generalized System of Preferences (GSP) program. Mr. Gresser also represents USTR at Board Meetings of the Millennium Challenge Corporation (MCC). Mr. Gresser joined USTR in 2015 as Policy Planning Director, after 14 years as a non-profit researcher and trade policy scholar, and was named Assistant USTR in April 2016

Author of Freedom from Want: The Global Economy and American Liberalism (2007), Mr. Gresser received the Washington International Trade Association's Lighthouse Award in 2013 in recognition of contributions over the course of a career to "trade policy, the understanding of global trade, or expanding the benefits of global trade."

Mr. Gresser is a graduate of Stanford University and holds a Master's Degree in International Affairs from Columbia University.

Won Palisoul, Special Assistant to the Under Secretary of Defense for Personnel and Readiness (P&R) at the Pentagon 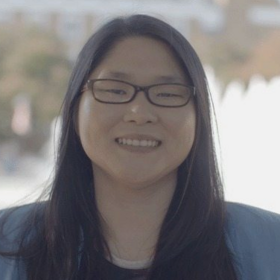 Won Palisoul is the Special Assistant to the Under Secretary of Defense for Personnel and Readiness (P&R) at the Pentagon. P&R is the principal staff element at the U.S. Department of Defense (DoD) for all human resources, human capital development, and personnel logistics matters with a customer base of approximately 4.3 million service members, veterans and military families, and 800 thousand civilian employees. Won assists with force readiness; total force management; health affairs; force management; health affairs; National Guard and Reserve component affairs; education and training; and military and civilian personnel requirements and management, including equal opportunity, morale, welfare, recreation, and quality of life matters.

After eight years of service, she received an honorable. She founded the Women Veterans and Families Network. Won is the Chair of Veterans Roundtable at CFA Society New York and the Co-Lead of Women Veterans on Wall Street, a subcommittee of Veterans on Wall Street. Won is an adjunct associate faculty of the M.S. in Human Capital Management program and an Alumni Advisory Council member at School of Professional Studies, Columbia University.

She is a graduate of Columbia University's School of Professional Studies (SPS), earning an M.S. in Nonprofit Management.