What is Data Science and What is it Good for Anyway? 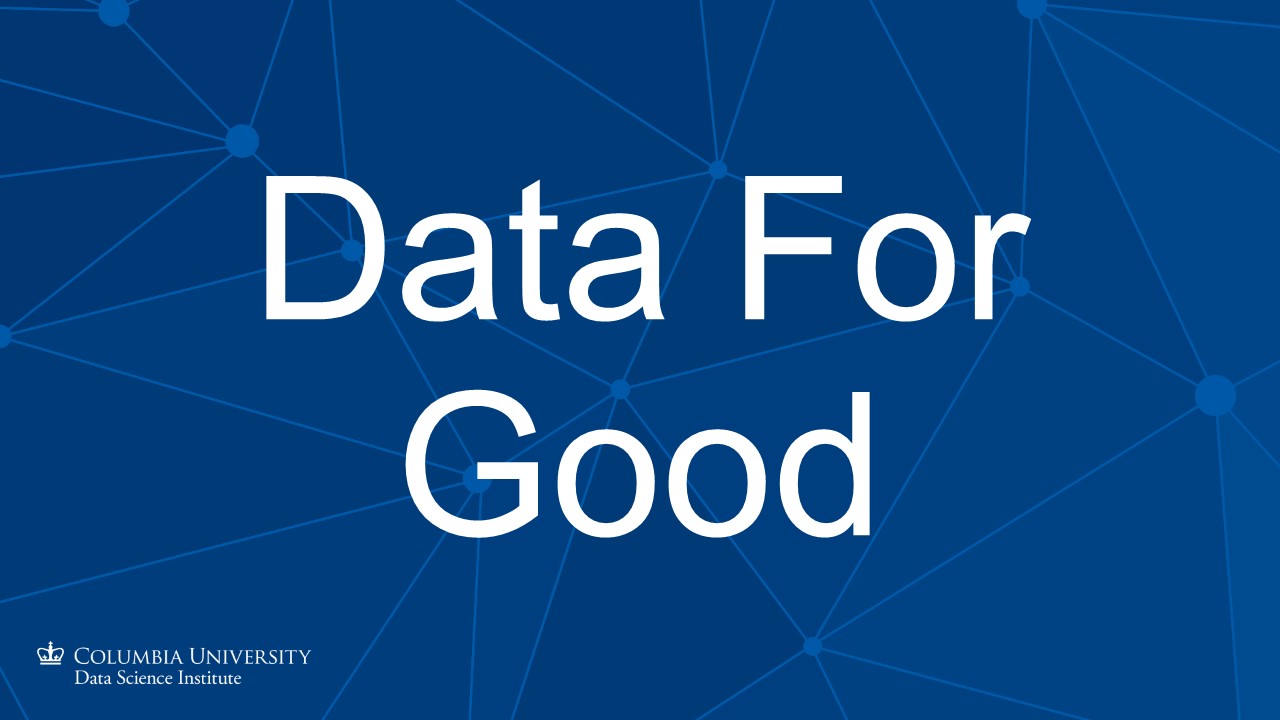 Every field has data. We use data to discover new knowledge, to interpret the world, to make decisions, and even to predict the future. The recent convergence of big data, cloud computing, and novel machine learning algorithms and statistical methods is causing an explosive interest in data science and its applicability to all fields. This convergence has already enabled the automation of some tasks that better human performance. The novel capabilities we derive from data science will drive our cars, treat disease, and keep us safe. At the same time, such capabilities risk leading to biased, inappropriate, or unintended action. The design of data science solutions requires both excellence in the fundamentals of the field and expertise to develop applications which meet human challenges without creating even greater risk.

The Data Science Institute at Columbia University promotes “Data for Good”: using data to address societal challenges and bringing humanistic perspectives as—not after—new science and technology is invented. Started in 2012, the Institute is now a university-level institute representing over 300 affiliated faculty from 12 different schools across campus. Data science literally touches every corner of the university.

In this talk, Professor Wing will present the mission of the Institute and highlights of its educational and research activities.

Jeannette M. Wing is Avanessians Director of the Data Science Institute and Professor of Computer Science at Columbia University. She came to Columbia in July 2017 from Microsoft, where she served as Corporate Vice President of Research, overseeing a global network of research labs. She is widely recognized for her intellectual leadership in computer science, particularly in trustworthy computing. Jeannette's seminal essay, titled “Computational Thinking,” was published more than a decade ago and is credited with helping to establish the centrality of computer science to problem-solving in fields where previously it had not been embraced.

Before joining Microsoft, Jeannette held positions at Carnegie Mellon University and at the National Science Foundation. She served Carnegie Mellon as Head of the Department of Computer Science and as Associate Dean for Academic Affairs of the School of Computer Science. At the National Science Foundation, she was Assistant Director of the Computer and Information Science and Engineering Directorate, where she oversaw the federal government’s funding of academic computer science research. Her areas of research expertise include security and privacy; formal methods; programming languages; and distributed and concurrent systems. Jeannette has been recognized with distinguished service awards from the Computing Research Association and the Association for Computing Machinery. She is a Fellow of the American Academy of Arts and Sciences, American Association for the Advancement of Science, the Association for Computing Machinery, and the Institute of Electrical and Electronic Engineers.

She holds bachelor’s, master’s, and doctoral degrees from MIT.