Conference of the Birds 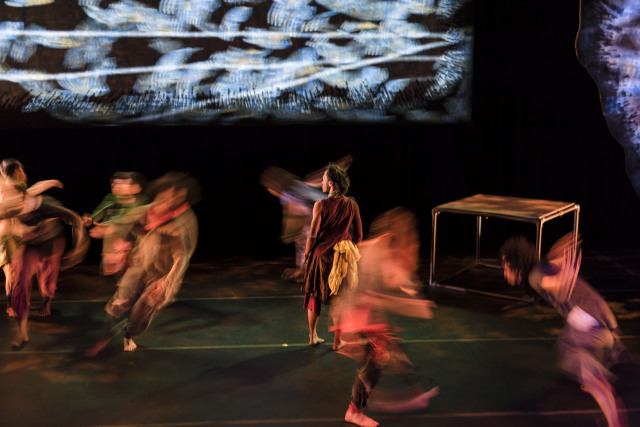 Inspired by the epic poem of Farid Ud din Attar and embodying stories gathered from modern-day refugees and other migrants, Conference symbolizes the journey that we, the diversity that is humanity, take together. It is a story of found community and the necessity of difference told through a unique movement language.

In the classic Sufi text, The Conference of the Birds tells the tale of a group of birds that set off in search of the mythical bird, the Simurgh (Farsi for “thirty birds”). Many of the birds abandon the quest. When the remaining birds arrive in the land of the Simurgh, they find themselves reflected – they are the Simurgh. Recontextualizing this tale illuminates both its historical meanings and our current moment in history, bringing full circle the idea that human history is a history of movement, mingling, and entanglements.

This ensemble is made up of dancers from around the world who share a culture of travel, and who each represent a unique cultural tradition. Collaborating dancers include artists from Benin, Brazil, Egypt, Indonesia, India / South Africa, Japan, Turkey, and the US. The dancers were selected for their individual artistry and cultural expertise, their individual life stories, and for their interest in and facility with intercultural collaboration. Original music was composed for the work by Shaw Pong Liu (US), Eric Raynaud / Fraction (France), and Shahou Andalibi (Iran). Animated projection art was created by David Bengali 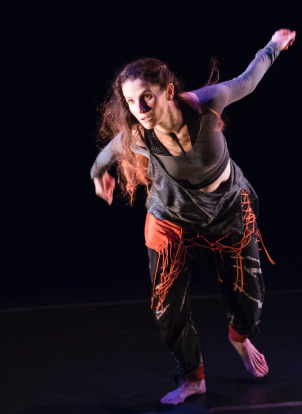 Wendy Jehlen is the artistic director and founder of ANIKAYA Dance Theater. Her career has been marked by international explorations, study, and creative collaboration. Her unique approach to choreography incorporates elements of Bharata Natyam, Odissi, Capoeira, Kalaripayattu, West African dance, Butoh, and a wide range of contemporary movement forms. Her emotionally powerful choreography has been created and performed in the US, Canada, Italy, India, Japan, Korea, Brazil, Burkina Faso, Mali, and Turkey, with current collaborative projects in Benin, Japan, India, Brazil, and Turkey.

Her works include Entangling (2015), a duet with Burkinabe choreographer Lacina Coulibaly inspired by Quantum Entanglement; The Deep (2015), a work for 25 dancers created in São Paulo, Brazil, Lilith (2013), a solo on the first woman; The Knocking Within (2012), an evening-length duet on a disintegrating relationship; Forest (2010), a journey through the archetypal forest; He Who Burns (2006), a trio on the figure of Iblis (Satan); Breathing Space (2003), a collaboration with Japanese choreographer Hikari Baba in Tokyo; Crane (2002), based on images from Japanese Buddhist poetry; and Haaaa (2002), inspired by the experience of childbirth.

ANIKAYA Dance Theater has been evolving since 1998 under the direction of choreographer Wendy Jehlen. ANIKAYA’s mission is to break down the perceived boundaries between people, cultures and art forms. Our work has so far extended to the US, Benin, Brazil, Burkina Faso, Canada, Haiti, India, Italy, Japan, Korea, Mali, and Turkey.

ANIKAYA weaves together music, dance and storytelling to create works that pull from the full range of the body’s communicative capabilities. We incorporate traditional forms, internalizing them and then allowing them to reemerge as part of a new movement vocabulary. The result is work that is resonant of deep-rooted traditions, without being bound to any particular genre, place or practice. We have traveled wide and studied deeply to bring you these, the gifts of the body.