A Revolution in Three Acts:

Bert Williams—a Black man forced to perform in blackface who challenged the stereotypes of minstrelsy. Eva Tanguay—an entertainer with the signature song “I Don’t Care” who flouted the rules of propriety to redefine womanhood for the modern age. Julian Eltinge—a female impersonator who entranced and unnerved audiences by embodying the feminine ideal Tanguay rejected. At the turn of the twentieth century, they became three of the most provocative and popular performers in vaudeville, the form in which American mass entertainment first took shape.

Prof. David Hajdu and Artist John Carey explore how these vaudeville stars defied the standards of their time to change how their audiences thought about what it meant to be American, to be Black, to be a woman or a man, an eye-opening account of a key moment in American cultural history with striking parallels to present-day questions of race, gender, and sexual identity.

Hajdu and Carey collaborate to present powerful portrayals of Williams, Tanguay, and Eltinge to show how they transformed American culture with hand-drawn images giving vivid visual form to the lives and work of these pioneers and their world.

This program is part of the ColumbiaDC CUP series, as well as Columbia Connects global celebration. 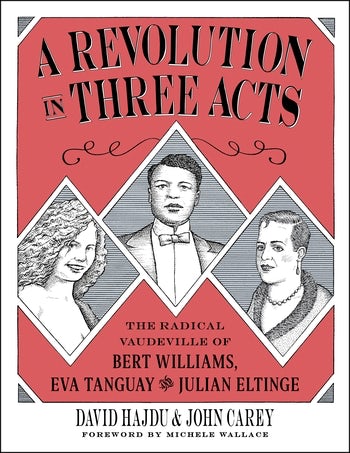 "A Revolution in Three Acts is a vivid window into a bygone era of American entertainment. Here is vaudeville and all its comic, dramatic, and tragic dimensions as witnessed in the lives of three of its most pivotal practitioners. David Hajdu and John Carey have not simply crafted an elegy for an art form, they have chronicled the figures whose talent made it great in the first place." —Jelani Cobb, author of To the Break of Dawn: A Freestyle on the Hip Hop Aesthetic 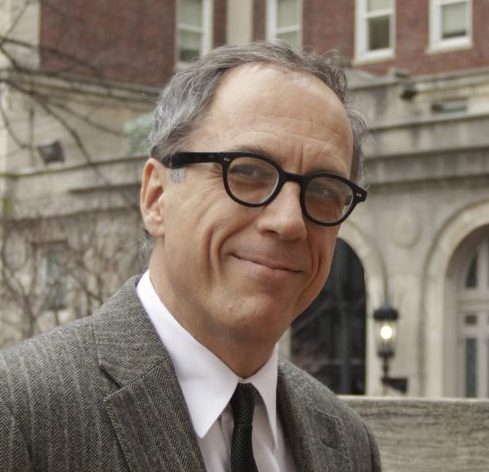 David Hajdu is one of the most respected arts critics in America. Currently the staff music critic for The Nation, he served as music critic for The New Republic for 12 years. In a career spanning more than 30 years, he has written for The New Yorker, The Atlantic Monthly, The New York Times Magazine, The New York Review of Books, Harper's and other publications. He has been nominated to the National Council on the Humanities by President Biden in Oct 2021.

Hajdu is the author of six books: "Lush Life: A Biography of Billy Strayhorn," "Positively 4th Street: The Lives and Times of Joan Baez, Mimi Baez Fariña and Richard Fariña," "The Ten-Cent Plague: The Great Comic Book Scare and How It Changed America," "Heroes and Villains: Essays on Movies, Music, Comics and Culture," "Love for Sale: Pop Music in America" and "Adrianne Geffel: A Fiction." He is a three-time finalist for the National Book Critics Circle Award and three-time winner of the ASCAP/Deems Taylor Award for Music Writing. His book "Lush Life" was named one of "Hundred Best Nonfiction Books of All Time" by The New York Times.

In addition to writing about music, Hajdu writes music himself. The second album of songs he co-wrote, "Ice on the Hudson," was released in 2018. 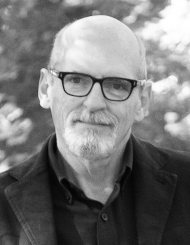 John Carey is a painter and cartoonist. He was the editorial cartoonist for Greater Media Newspapers for many years.