Keep calm and be vigilant:

This event is part of our All-CAA-Access program

Taiwan is 100miles away from the origin of the Coronavirus pandemic, with hundreds of daily flights and strong cultural ties to China.

US is one of the farthest in many ways. And yet, the two faired very differently in keeping people safe. As of 2020 US Independence Day, Taiwan has had only 447 confirmed cases and 7 deaths, while US is reporting more than 50K new infections per day. This is striking especially considering the US has had months for a headstart. What is the reason?

Please join us as the New Taipei City Director-General and CAA board member Chingyu Yao shares details about Taiwan's success story in a frank conversation with Natasha Lebedeva, Director of International Affairs at NBC News.

Comprehensive public health insurance is of course on top of the list, enabling communities to focus on early prevention strategies rather than the lagging, expensive, and unpredictable care for the infected. Sustainable Development Goals (SDGs) is another reason. Setting many smaller but clearly defined goals dramatically improves traction and creates much needed operational flexibility. Transparency leads to crowdsourced solutions and mobilized action. But above all, the hard-earned public trust in democratic institutions and transparency is the main weapon behind a unified and effective defense.

With the resurgence of the infections in the US, it is critical to recognize and adopt these winning strategies.

DG Yao's interview will be followed by Q&A. 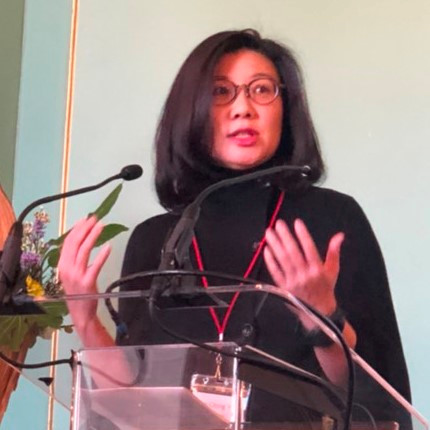 Chingyu Yao is the Director-General of the Secretariat of New Taipei City Government, using her unique blend of experience—both domestic and international, executive, and legislative—to provide much-needed leadership since December 2018. She has been internationally recognized for her pivotal role in promoting Sustainable Development Goals (SDG) at the local level and sharing the city’s experience in combatting COVID-19 with the rest of the world.

From 2013 to 2018, Ms. Yao was the principal advisor to the Taipei City mayor on international and cross-strait affairs, also acting as the executive secretary to the Taipei City International Affairs Advisory Council and Mainland Affairs Council. In addition, Ms. Yao held the position of deputy executive officer at the Gender Equality Office. Before that, Ms. Yao served as a Taiwanese career diplomat for 15 years, during which time her work spanned a wide area including the UN, North America, and Europe, both at the Headquarters and during her tenure in New York. She was the official Chinese–English interpreter and PR officer at the Legislative Yuan from 2007 to 2009.

Ms. Yao joined a fellowship program as a visiting scholar at the George Washington University’s Elliott School of International Affairs in 2012. she has been a long-term volunteer and board member of the Taipei chapter of the Columbia University Alumni Association.