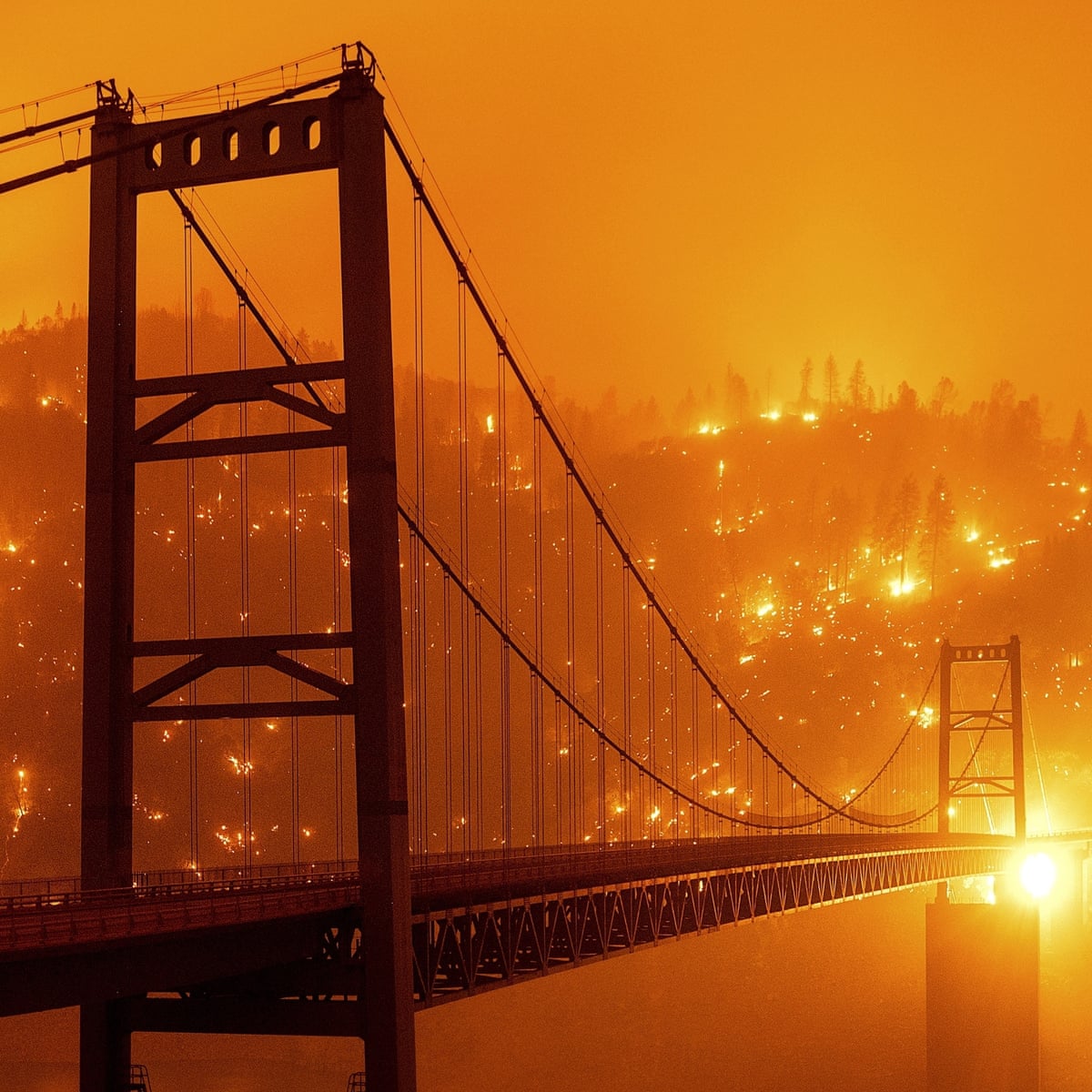 For the last half-decade, Californians have confronted the new reality of fire seasons that begin earlier and end later with each passing year. The California Department of Forestry and Fire Protection calls climate change “a key driver” of this trend. These longer fire seasons have grown deadlier and more destructive than ever before. While climate change can exacerbate conditions, it doesn’t provide the spark. Many of the fires that have destroyed entire communities in California and the West have been ignited by downed power lines belonging to major utilities, including PG&E, which has sparked a series of catastrophic fires since 2015. These fires have changed the way we live, forcing citizens to rethink where they live, how they harden neighborhoods, and what measures to take to protect themselves from unhealthy wildfire smoke.

In this conversation, we’ll explore the roots of this grim new reality, approaches to adaptation, and potential solutions.

Steve Weissman created and directed the Energy Law program at Berkeley Law, where he also taught numerous energy law and policy courses. He came to UC Berkeley from the California Public Utilities Commission where he was an administrative law judge. He also served as policy and legal advisor to three different commissioners at the PUC. He is an energy and environmental attorney, and an environmental mediator. Prior to his appointment as an administrative law judge in 1988, he was a staff attorney at the PUC, working on renewable energy and energy efficiency proceedings, as well as cases involving implementation of the California Environmental Quality Act. He has taught energy law and policy classes at Berkeley Law since 2006.

He is a former Principal Consultant to the California State Assembly's Committee on Natural Resources, where he wrote and reviewed legislation concerning energy, air quality, and solid waste management. He is a member of the mediation panel for the U.S. District Court, Northern District of California, and creator of the California PUC's alternative dispute resolution program. In addition, he served as Legal Director for the Local Government Commission, an environmental and social policy think tank providing assistance to local governments. At the Local Government Commission, he wrote policy guidebooks concerning toxic air pollutants, recycling, and land use. He drafted the Ahwahnee Principles, a description of important elements of transit-oriented and pedestrian-oriented development, prepared in collaboration with some of today's most influential architects and planners.

In the City of Berkeley, Steve Weissman has chaired the Parks and Recreation Commission, and the Solid Waste Commission. In addition, he was a member of the Downtown Area Plan Advisory Committee, which worked with the university to create a new development plan for downtown Berkeley. He is Vice Chair of the American Bar Association's Publication Committee for the Section of Environment, Energy, and Resources. He also teaches energy courses at Vermont Law School and at Lewis and Clark. He was awarded a Fulbright Scholarship which enabled him to teach during the Fall of 2013 at Universitat Rovira i Virgili near Barcelona. He was recently appointed to the roster of Fulbright Specialists. 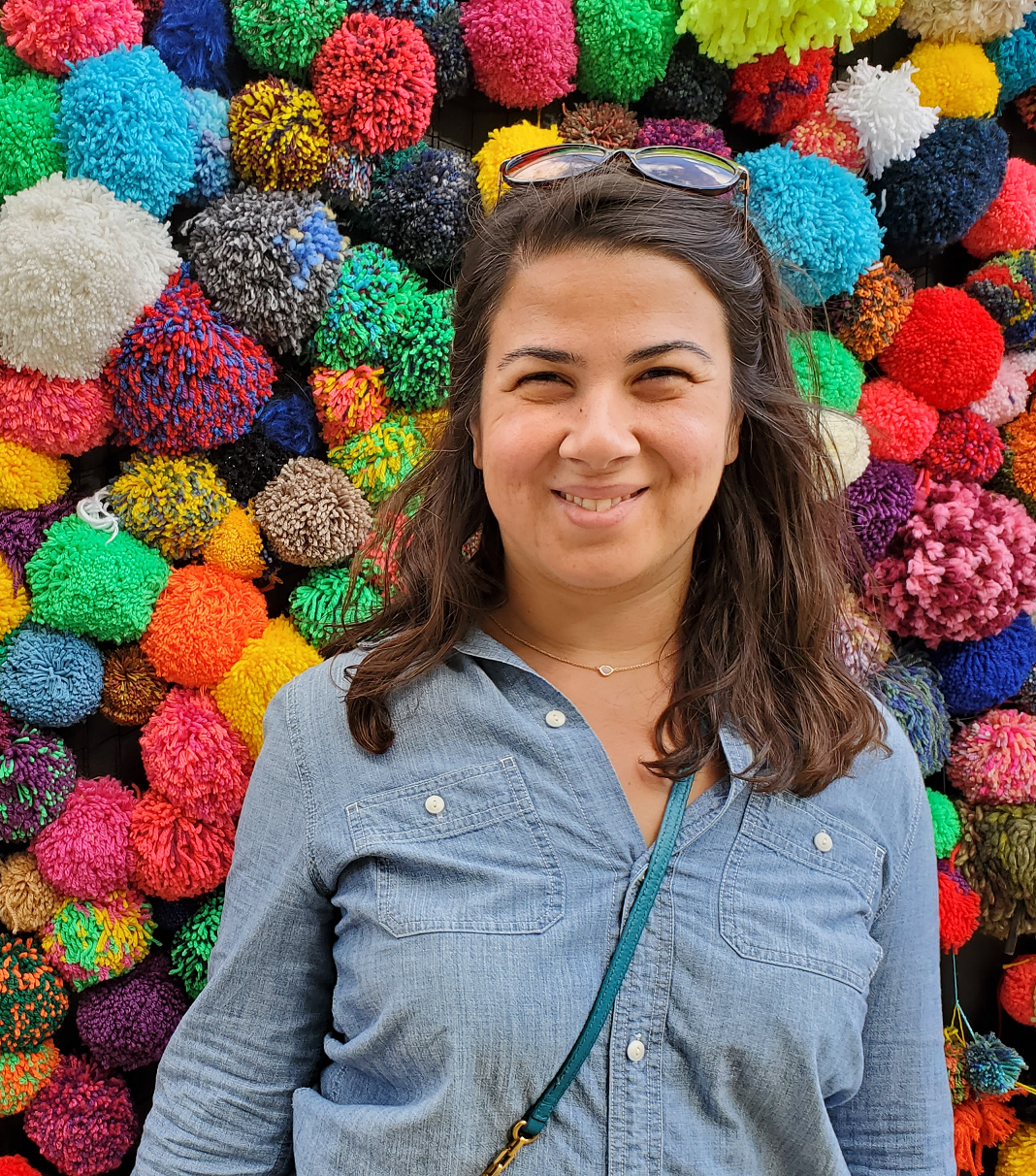 Dr. Danielle Touma is a postdoctoral scholar in the Bren School of Environmental Science and Management at UC Santa Barbara and a visiting scientist at the National Center for Atmospheric Research (NCAR). She investigates the impact of anthropogenic activities on trends in extreme rainfall, drought, fire risk and post-fire hazards using observational data, climate models, and statistical tools. Danielle’s research is published in several high-impact journals including Nature Communications, Science Advances, and PNAS, and her research has been covered by various media outlets. Her work also played a key role in building our understanding of future drought projections in the latest Intergovernmental Panel for Climate Change Assessment Report (IPCC AR6). Danielle will start a position at NCAR in November as an Advanced Study Program Postdoctoral Fellow. Here, she will strive to understand the interplay between drought, wildfire, and vegetation regrowth in the Western U.S. and work with regional stakeholders to help mitigate future wildfire impacts. Danielle received her B.S. and M.S. in Civil and Environmental Engineering at North Carolina State University, and her Ph.D. in Earth System Science at Stanford University. Between her M.S. and Ph.D., Danielle was a research assistant for two years at Oak Ridge National Laboratory. 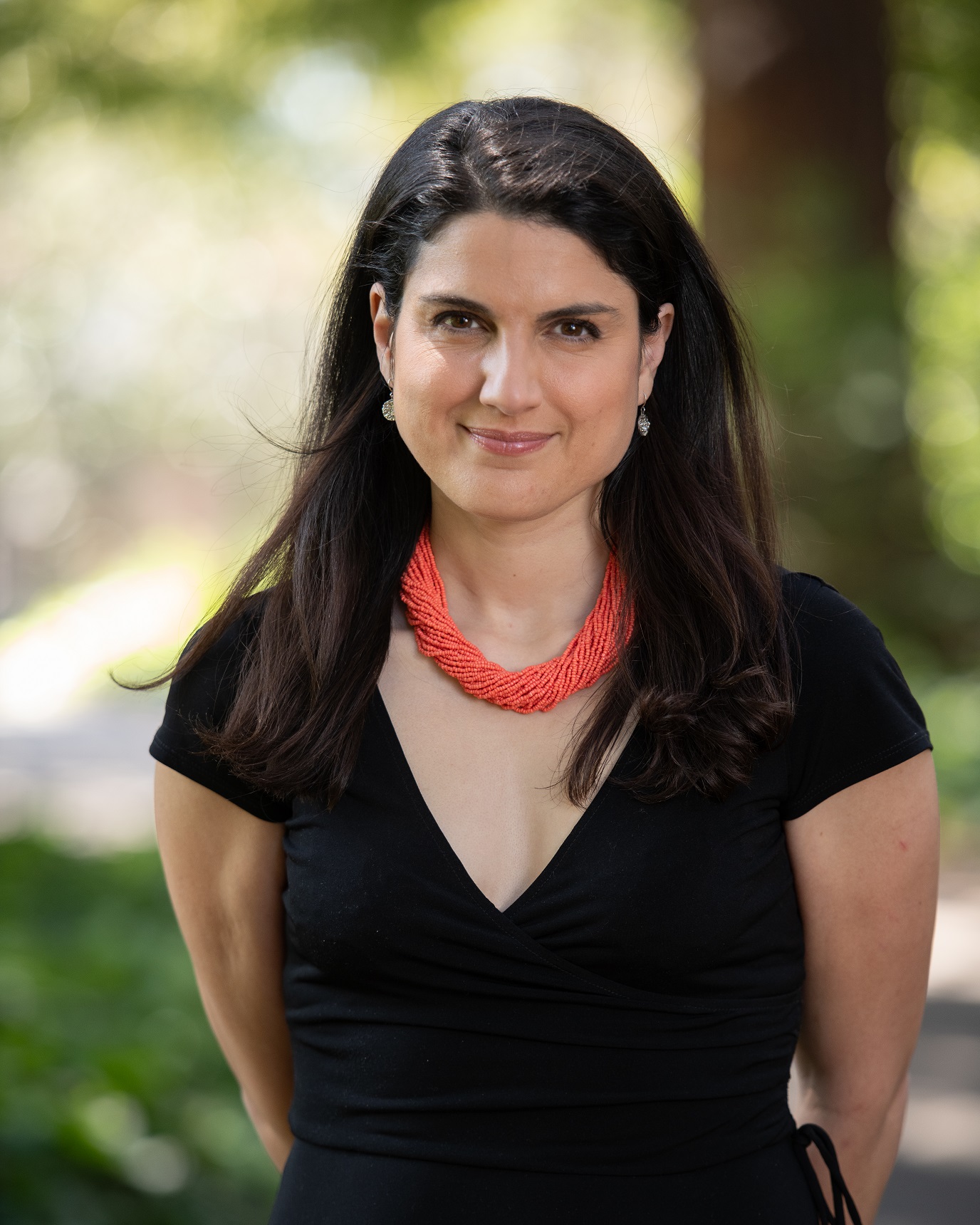 Lily Jamali is co-host of KQED’s The California Report, which airs on NPR stations throughout the state. She also serves as a correspondent for the show. The program covers a wide range of topics that matter to Californians, including the economy, education, and immigration. She has closely followed the unfolding story of PG&E’s bankruptcy. Her work is shaped by her reporting on the 2018 Camp Fire while it was still burning in Butte County, a region she first covered as a local television reporter from 2004 to 2006.

Prior to joining The California Report, Lily was the anchor of Bloomberg Markets: Canada, where she steered editorial coverage for her hour-long daily news program covering financial markets, economics, and politics. She also reported for the Bloomberg Terminal, coordinating with the editorial team to break stories on-air and writing enterprise stories focused on impacts of the Trump administration’s immigration policy on the Canadian economy.

Lily holds an M.B.A. in Finance from New York University’s Stern School of Business, a Master’s degree from Columbia University’s Graduate School of Journalism, and a Bachelor’s degree in English from UCLA. 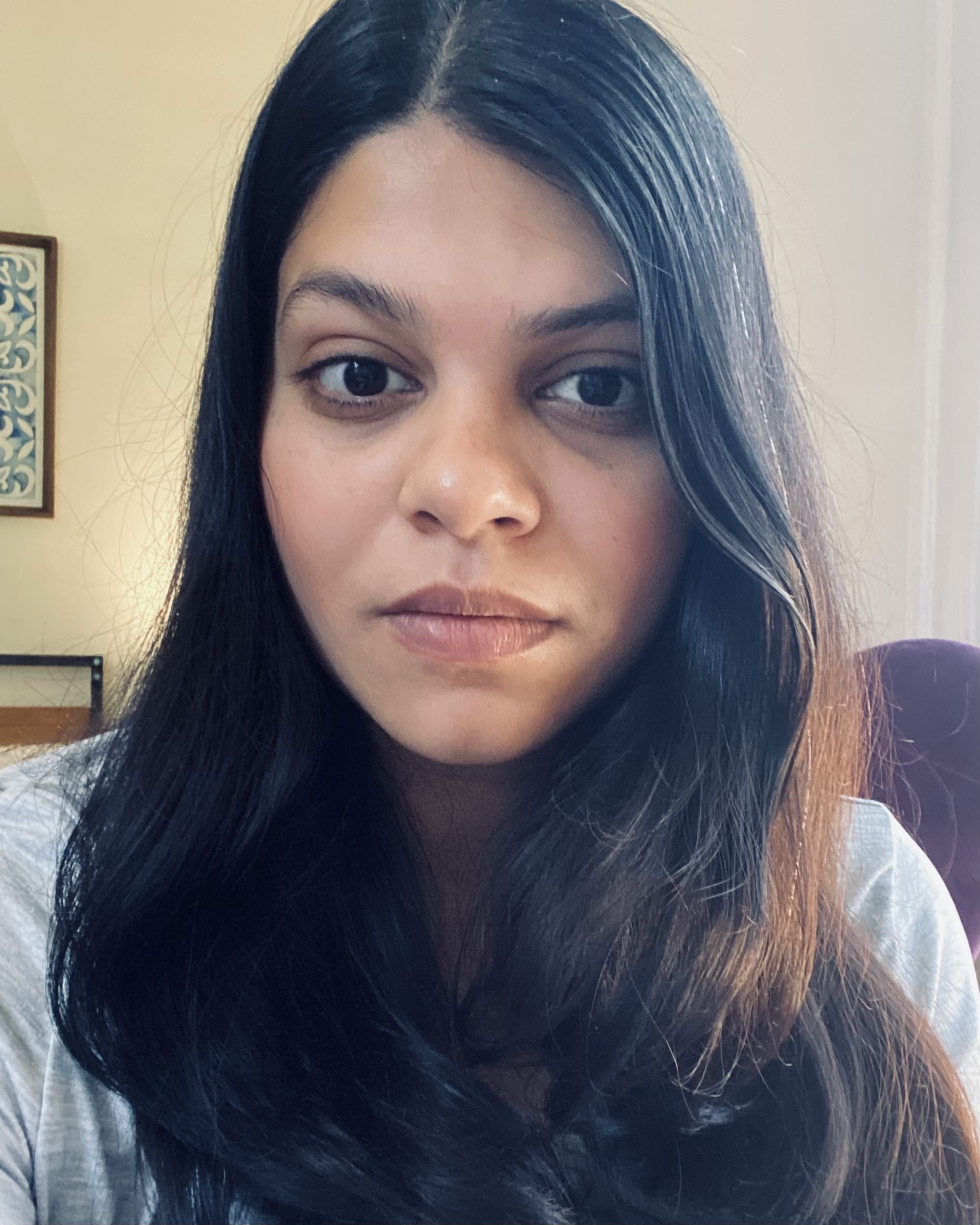 Alison Saldanha is a data reporter for NPR’s California Newsroom investigations team, where she recently led the team’s data investigative feature on the impact of wildfires across the U.S. She is also a graphics reporter for The Seattle Times. Until last month, she was part of The New York Times’ graphics department where she worked as a data administrator for its Pulitzer Prize-winning covid-tracking project, a news assistant for other special projects, and a field reporter for its Chicago bureau.

She graduated from The Medill School of Journalism, Northwestern University in the summer of 2020, specializing in social justice and investigative reporting.

Alison is originally from India, and is an experienced data journalist, general assignment reporter, and features writer across borders. In 2019, her project tracking religious hate crimes across India won the Global Editors Network Data Journalism Award for a small newsroom.