Immigrant Housewives and the Riots that Shook New York City 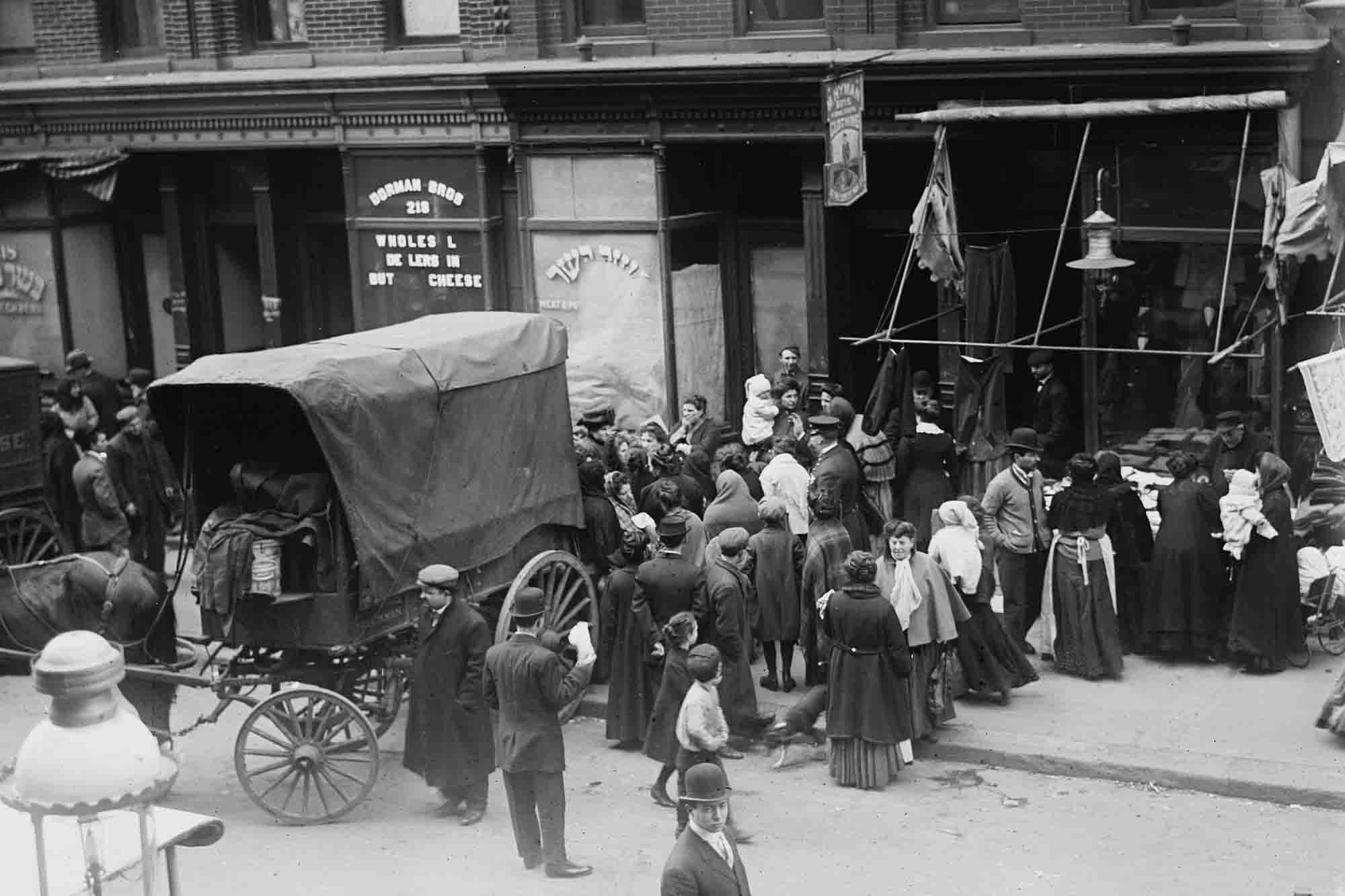 In the wee hours of May 15, 1902, three thousand Jewish women quietly took up positions on the streets of Manhattan’s Lower East Side. Convinced by the latest jump in the price of kosher meat that they were being gouged, they assembled in squads of five, intent on shutting down every kosher butcher shop in New York’s Jewish quarter.

What was conceived as a nonviolent effort did not remain so for long. Customers who crossed the picket lines were heckled and assaulted, their parcels of meat hurled into the gutters. Butchers who remained open were attacked, their windows smashed, stocks ruined, equipment destroyed. Brutal blows from police nightsticks sent women to local hospitals and to court. But soon Jewish housewives throughout the area took to the streets in solidarity, while the butchers either shut their doors or had them shut for them. The newspapers called it a modern Jewish Boston Tea Party. 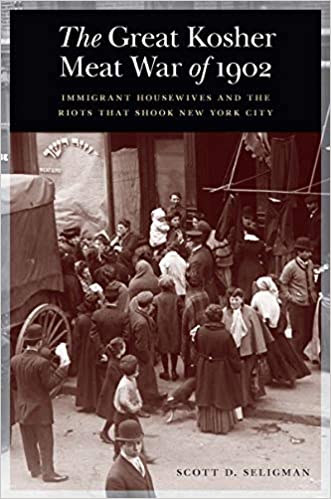 Scott Seligman will discuss his recent award-winning book The Great Kosher Meat War of 1902 which tells the twin stories of mostly uneducated female immigrants who discovered their collective consumer power and of the Beef Trust, the midwestern cartel that conspired to keep meat prices high despite efforts by the U.S. government to curtail its nefarious practices. With few resources and little experience but a great deal of steely determination, this group of women organized themselves into a potent fighting force and, in their first foray into the political arena in their adopted country, successfully challenged powerful vested corporate interests and set a pattern for future generations to follow.

Seligman will discuss how he found his subject matter by perusing old newspapers and the topic that suggests the latent power of working-class women united to achieve a common goal at the very beginning of the 20th century. The author's presentation will end with a question-and-answer period.

You must RSVP on the Harvard Club of Washington, DC's page: HERE 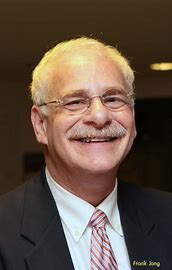 Scott D. Selig­man is an award-win­ning his­to­ri­an and biog­ra­ph­er inter­est­ed in the his­to­ry of hyphen­at­ed Amer­i­cans. He holds an under­grad­u­ate degree in his­to­ry from Prince­ton Uni­ver­si­ty and a mas­ter’s degree from Har­vard. He is the author of several books, including The Third Degree: The Triple Murder That Shook Washington and Changed American Criminal Justice (Potomac Books, 2018) and The First Chinese American: The Remarkable Life of Wong Chin Foo (Hong Kong University Press, 2013). His articles have appeared in the Washington Post, The Atlantic, Smithsonian Magazine and the Seattle Times, among other publications. Most of his books have con­cerned Chi­nese-Amer­i­can immi­grants; this is his first work on early 20th century Jew­ish-Amer­i­cans.

To purchase the The Great Kosher Meat War of 1902, click here.