Culture in the Federal Government 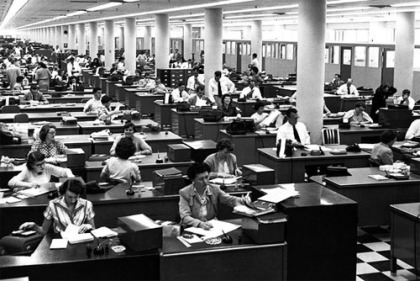 Culture is a word that describes how things really work in a business, a government agency, or in almost any organization. It drives performance and behavior, for good or bad, in very different ways even for organizations that seem the same from the outside. Rossotti learned this very slowly from organizations he participated in over 50 years, including AMS, the company he ran for 27 years, the IRS, which he ran for 5 years, at The Carlyle Group, where he have been for 15 years, and on boards of directors of small and large companies on which he have served.

Charles Rossotti is currently an advisor to The Carlyle Group where he works on evaluating investments and advising managements of portfolio companies, primarily in the fields of information technology and business services. He serves on the boards of three Carlyle companies: Booz Allen and Hamilton; Coalfire Systems; and Novetta Corporation. He previously served on the boards of ECI Software; Quorum Management Solutions; Primatics Financial. Compusearch Software, and the Wall Street Institute, all successfully exited from 2010 to 2016, and Apollo Global, partially exited in 2012.

On November 6, 2002, Rossotti completed a five-year term as Commissioner of the Internal Revenue Service. In 1970 Rossotti co-founded American Management Systems, an IT services and software company, and until 1997 served at various times as President, CEO and Chairman. Prior to founding AMS, Rossotti served for four years in the Office of the Secretary of Defense, completing his service as Principal Deputy Assistant Secretary of Defense for Systems Analysis. In addition to his business activities, Mr. Rossotti serves on the boards of Capital Partners for Education and the Comptroller General’s Advisory Committee of the Government Accountability Office (GAO) In 2005, he served as a member of President Bush’s advisory panel on reform of the income tax.

Rossotti is the author of Many Unhappy Returns, a book about his experience turning around the IRS, published by Harvard Business School Press in March 2005.