How Companies Turn Their Workers into Lobbyists

Employers are increasingly recruiting their workers into politics to change elections and public policy-sometimes in coercive ways. Using a diverse array of evidence, including national surveys of workers and employers, as well as in-depth interviews with top corporate managers, Professor Alexander Hertel-Fernandez, Assistant Professor of International and Public Affairs at Columbia University, explains why mobilization of workers has become an appealing corporate political strategy in recent decades. Hertel-Fernandez assesses the effect of employer mobilization on the political process more broadly, including its consequences for electoral contests, policy debates, and political representation.

Hertel-Fernandez shows that while employer political recruitment has some benefits for American democracy-for instance, getting more workers to the polls-it also has troubling implications for our democratic system. Workers face considerable pressure to respond to their managers' political requests because of the economic power employers possess over workers. In spite of these worrisome patterns, Hertel-Fernandez finds that corporate managers view the mobilization of their own workers as an important strategy for influencing politics. As he shows, companies consider mobilization of their workers to be even more effective at changing public policy than making campaign contributions or buying electoral ads.

Hertel-Fernandez proposes an array of solutions that could protect workers from employer political coercion and could also win the support of majorities of Americans. . 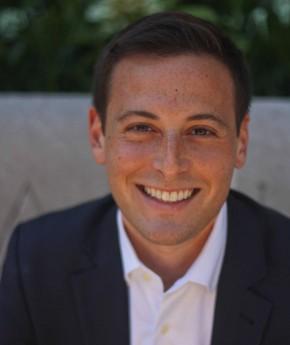 Alexander Hertel-Fernandez, is a political scientist who studies the political economy of the United States, with an emphasis on the politics of organized interests and public policy. In recent work, Hertel-Fernandez has examined the strategies that businesses have developed to lobby across the states, the ways that wealthy individuals are intervening in politics and their effect on the U.S. political terrain, and the politics of social programs, including unemployment insurance and Medicaid.

His recently published book, Politics at Work (Oxford University Press), examines how American businesses are increasingly recruiting their workers into politics and how that practice is shaping American politics and policy. With Theda Skocpol, he is working on another book, currently under contract with the University of Chicago Press, which examines the rise of the Koch political network and its implications for the Republican Party and the American political economy.

Hertel-Fernandez received his BA in political science from Northwestern University and his AM and PhD in government and social policy from Harvard University.  As a specialist on American politics and corporate power, his work has appeared in the American Prospect, MSNBC, the New York Times, the New Yorker, Salon, NPR, Talking Points Memo, Vox, and the Washington Post.