The State of Collegiate Athletics

Columbia University Athletics, Columbia Alumni Association, and ColumbiaDC would like to invite you to: 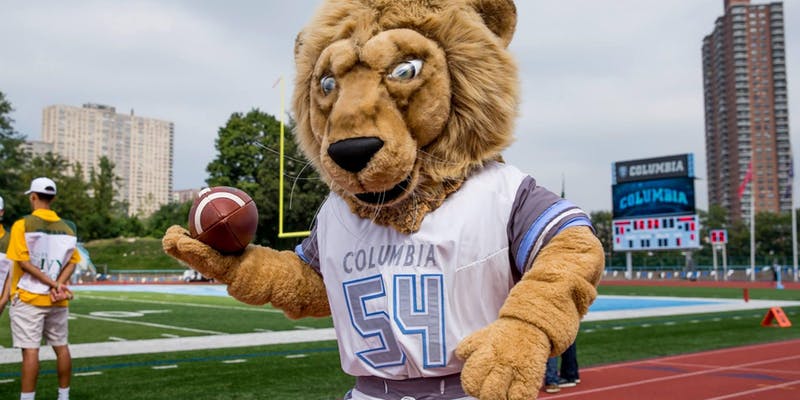 A conversation with Peter Pilling, Director of Intercollegiate Athletics and Physical Education

Join fellow DC-area alumni at The CASE Foundation for a reception and engaging conversation on the state of collegiate athletics with Columbia Athletics Director Peter Pilling. Topics will include investments in athletics, the impact of technology and data analytics, discussions on leadership, wellness, and careers in sports. Pilling will answer questions from attendees following the talk.

You can get your tickets HERE.

Peter E. Pilling was appointed director of Intercollegiate Athletics and Physical Education in February 2015. Prior to joining Columbia Athletics, Pilling served as senior associate athletic director at several of the most respected college sports programs in the country, including Villanova and Brigham Young universities. As a vice president at IMG College, the nation’s largest collegiate sports management company, Pilling has extensive experience serving athletics departments of Division I schools including Texas Christian University, Baylor University and the U.S. Air Force Academy..

Balancing Georgetown Law School and training seemed to be no issue for former Columbia women's swimming standout and Olympic gold medalist Katie Meili '13CC, who placed second in 100 breaststroke at the 2018 Phillips 66 National Championships on July 28. That finish earned her a spot at the Pan Pacific Championships in Japan this week.

Meili, who also served as a volunteer assistant for the Hoyas in 2017-18, finished behind world record holder Lilly King to securing a berth at the event, being held from August 9-14. By earning a spot, Meili can compete in any event she chooses, regardless of which event she qualified in.

"It's been one of the best summers I've had swimming," Meili told SwimSwam.com after Nationals. "I didn't know if I was going to swim this year. With school, I wasn't sure if I was going to be able to balance it all. Just the fact that I was able to continue swimming I'm so grateful. I'm definitely pleased. Definitely a lot of hard work."