Fantasy Will Set You Free

ColumbiaDC would like to invite you to the opening reception of Fantasy Will Set You Free at Arlington Arts Center, an art exhibition by artist Negar Ahkami, CC' 92. Negar Ahkami’s expressive, tactile paintings are inspired by Iranian art, and by global visual traditions that intersect with Iran’s rich art history. Ahkami’s emphasis on rhythm and viscerality is inspired by NYC street art of the 1980s and German expressionism. 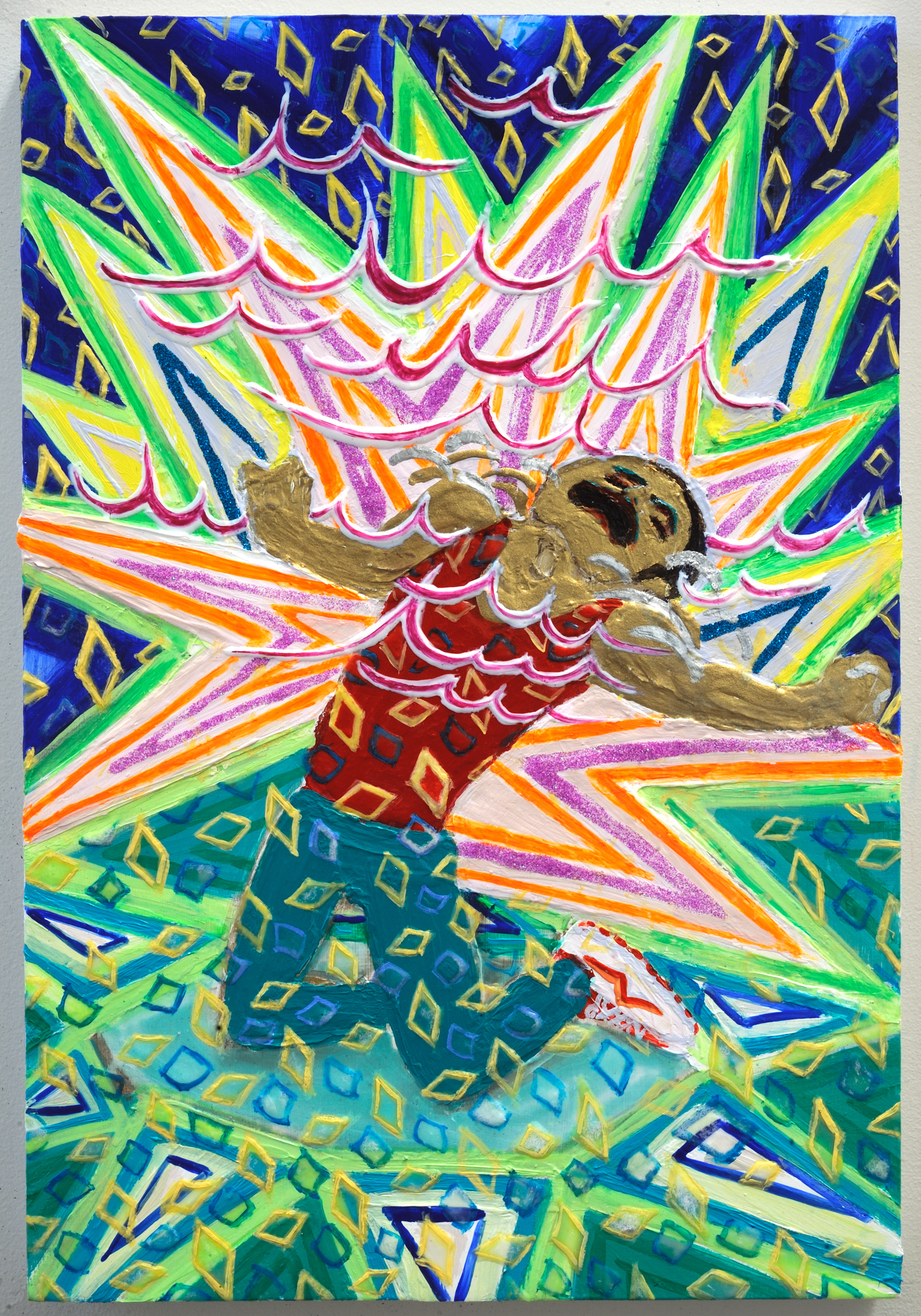 The imagined dancers in Fantasy Will Set You Free invoke dance floors of the artist’s youth: in New York City night clubs, and at parties organized by Ahkami’s parents for the growing Iranian immigrant community in the 1980s and 1990s. In placing Iranian art and humanity in a broader, joyful context, and in her piece After Winter Must Come Spring --in part magic carpet, in part interactive dance floor-- Ahkami is continuing her longtime engagement with Orientalism and stereotype subversion. Above all, Fantasy Will Set You Free is an impassioned escape from depressing news, for the viewer as well as the artist. Ahkami relives the spirit of the dance floor in her studio practice, by getting lost in spontaneous gestures, flamboyant poses, and a riot of rhythmic patterns. 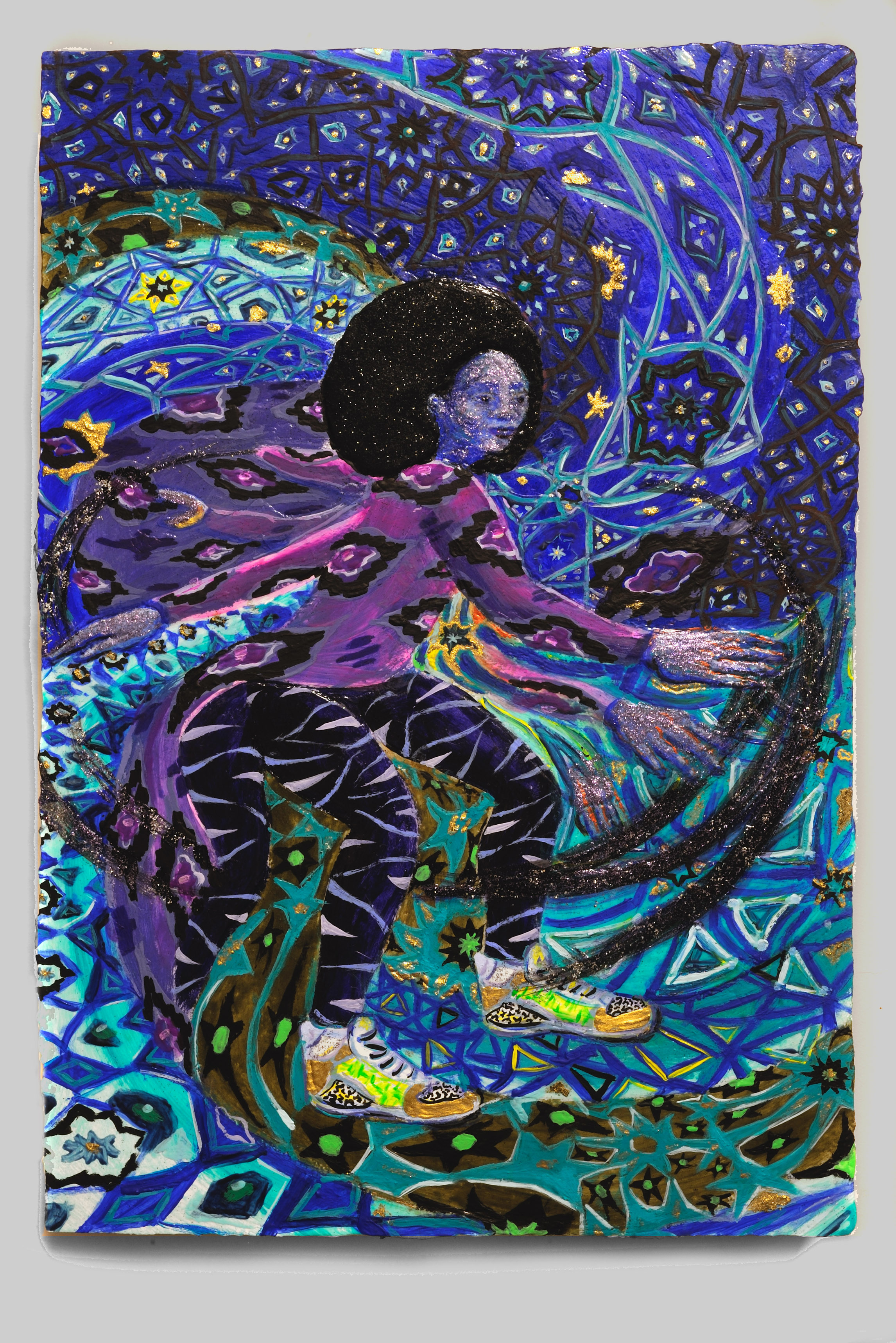 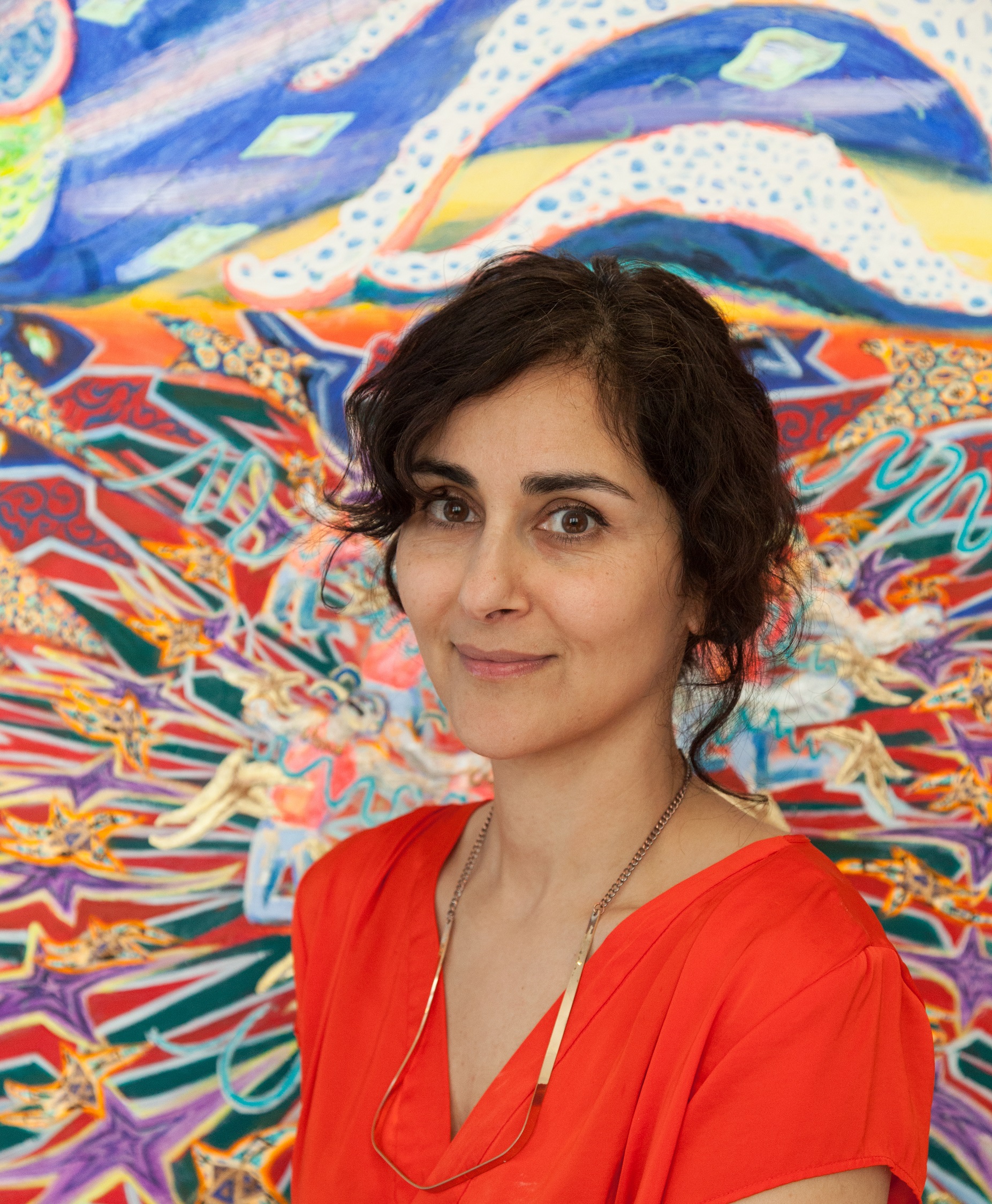 Negar Ahkami was born in Baltimore and raised in the New York City area. She received her BA from Columbia University in Middle Eastern Languages and Cultures and her MFA from School of Visual Arts, NY. She has been a Long-term Resident Artist at AAC since 2016, and participated in Skowhegan School of Painting and Sculpture, the Lower Manhattan Cultural Council’s Workspace Residency and Governor’s Island Residency, and the Jentel Artist Residency Program. She has had three solo exhibitions in New York, at Leila Heller Gallery and LMAK Projects. Her work has been included in group exhibits in museums and galleries, and is represented in public, corporate and private art collections, such as The New Britain Museum of American Art, Depaul University Art Museum, and the Farjam Collection (UAE). Her work has been written about in The New York Times, ArtNews,Talinn Grigor, Contemporary Iranian Art: From the Street to the Studio (Reaktion, 2014), and other publications.