ISIS and the Disintegration of the Arabs

Join us on October 7 at the Old Ebbitt Grill for an exciting lunchtime lecture by fellow Columbia alumni and adjunct scholar at the Middle East Institute Thomas W. Lippman titled "ISIS and the Disintegration of the Arabs". Mr. Lippman will discuss his thesis that the rise of ISIS is a symptom, not a cause; ever since independence, the Arabs have failed to find a model of governance that meets people's  aspirations, and the result is extremism, often disguised as, or propelled by, religion.

Each ticket will include a two course meal from the seated lunch menu, sodas, iced tea and coffee.

Lunch will start at noon at the Cabinet Room so please be prompt. Lecture starts at 12:30pm. There will be a brief Q&A afterwards. 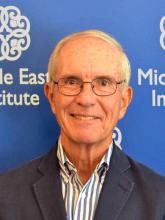 Bio: Thomas W. Lippman is a Washington-based author and journalist who has written about Middle Eastern affairs and American foreign policy for more than three decades, specializing in Saudi Arabian affairs, U.S.- Saudi relations, and relations between the West and Islam. He is a former Middle East bureau chief of the Washington Post, and also served as that newspaper's oil and energy reporter. Throughout the 1990s, he covered foreign policy and national security for the Post, traveling frequently to Saudi Arabia and other countries in the Middle East. In 2003 he was the principal writer on the war in Iraq for Washingtonpost.com. Prior to his work in the Middle East, he covered the Vietnam war as the Washington Post's bureau chief in Saigon.

Lippman is the author of numerous magazine articles, book reviews and op-ed columns about Mideast affairs, and of six books: Understanding Islam (1982, 3d revised edition 2002); Egypt After Nasser (1989); Madeleine Albright and the New American Diplomacy (2000); Inside the Mirage: America's Fragile Partnership with Saudi Arabia (2004; Arabian Knight: Col .Bill Eddy USMC and the Rise of American Power in the Middle East (2008; and most recently Saudi Arabia on the Edge (2012.) He is also the author of the essay on Saudi Arabia's defense strategy and nuclear weapons policy published in 2004 by the Brookings Institution Press in The Nuclear Tipping Point, a book on global nuclear proliferation.

A frequent television and radio commentator on Mideast developments, Lippman has appeared on NPR, PBS, CNN, MSNBC, the BBC and Fox News, and on television stations overseas. Several of his lectures on Saudi Arabia have been televised nationally by C-SPAN. He has lectured on Gulf regional affairs at the U.S. Air Force Special Operations School, and has also lectured on Middle Eastern affairs at the National Defense University and at the Brookings Institution. He has also been also a consultant to the producers of an A&E documentary on Middle East oil, to the U.S. armed forces, to the National Counterterrorism Center, and to corporations that do business in the Gulf.