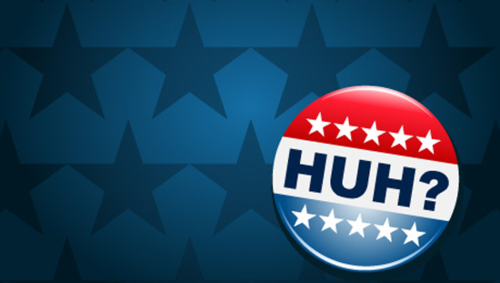 What is Columbia doing to ensure an informed electorate? How can we contribute to an engaged citizenry?

Columbia University and ColumbiaDC invite you to 'Election 2020: Informing the Electorate'. The event features Columbia Global Reports, the University’s new publishing imprint, and is held in partnership with Columbia School of Journalism and School of International & Public Affairs.

After welcoming remarks from Nicholas Lemann, Dean Emeritus of the Journalism School, Rachel Martin, the Morning Edition anchor will lead a conversation with two journalists whose new books for Columbia Global Reports will come out next year in the run-up to the election. The lively conversation, including Q&A, will take off from topics such as the effects of the decline in local news, and the resurgence of socialism worldwide, to include the current state of politics, political discourse, and a look ahead to Election Day 2020. 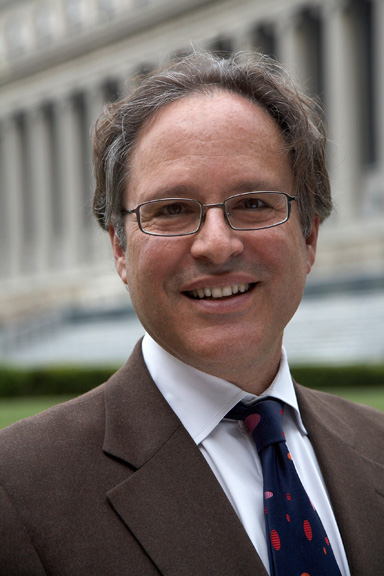 Nicholas Lemann was born, raised and educated in New Orleans. He began his journalism career as a 17-year-old writer for an alternative weekly newspaper there, the Vieux Carre Courier. He graduated magna cum laude from Harvard College in 1976, where he concentrated in American history and literature and was president of the Harvard Crimson. After graduation, he worked at the Washington Monthly, as an associate editor and then managing editor; at Texas Monthly, as an associate editor and then executive editor; at The Washington Post, as a member of the national staff; at The Atlantic Monthly, as national correspondent; and at The New Yorker, as staff writer and then Washington correspondent.

In September 2003, he became dean of the Graduate School of Journalism at Columbia University, at the end of a process of re-examination of the school's mission conducted by a national task force convened by the university's president, Lee C. Bollinger. During Lemann's time as dean, the Journalism School launched and completed its first capital fundraising campaign, added 20 members to its full-time faculty, built a student center, started its first new professional degree program since the 1930s, and launched significant new initiatives in investigative reporting, digital journalism, executive leadership for news organizations, and other areas. He stepped down as dean in 2013, following two five-year terms. Now Joseph Pulitzer II and Edith Pulitzer Moore Professor of Journalism and Dean Emeritus, he also directs Columbia Global Reports, a book publishing venture, and Columbia World Projects, a new institution that implements academic research outside the university.

Lemann continues to contribute to The New Yorker as a staff writer. He has published five books: "Redemption: The Last Battle of the Civil War" (2006); "The Big Test: The Secret History of the American Meritocracy" (1999), which helped lead to a major reform of the SAT; and "The Promised Land: The Great Black Migration and How It Changed America" (1991), which won several book prizes. He has written widely for such publications as The New York Times, The New York Review of Books, The New Republic, and Slate; worked in documentary television with Blackside, Inc., "FRONTLINE," the Discovery Channel, and the BBC; and lectured at many universities.

Lemann currently serves on the boards of the Authors Guild, the Knight First Amendment Institute, the Thomson Reuters Founders Share Company, and the Russell Sage Foundation. He is a member of the New York Institute for the Humanities and was named a fellow of the American Academy of Arts and Sciences in 2010. 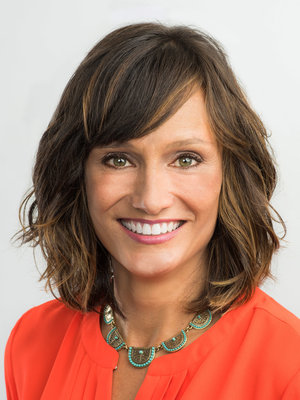 Rachel Martin is a host of Morning Edition, as well as NPR's morning news podcast Up First, along with Steve Inskeep and David Greene. Before taking on this role in December 2016, Martin was the host of Weekend Edition Sunday for four years. Martin also served as National Security Correspondent for NPR, where she covered both defense and intelligence issues. She traveled regularly to Iraq and Afghanistan with the Secretary of Defense, reporting on the U.S. wars and the effectiveness of the Pentagon's counterinsurgency strategy. Martin also reported extensively on the changing demographics of the U.S. military – from the debate over whether to allow women to fight in combat units – to the repeal of Don't Ask Don't Tell. Her reporting on how the military is changing also took her to a U.S. Air Force base in New Mexico for a rare look at how the military trains drone pilots.

In 2006-2007, Martin served as NPR's religion correspondent. Her piece on Islam in America was awarded "Best Radio Feature" by the Religion News Writers Association in 2007. Martin has also worked extensively in Afghanistan. She began reporting from there as a freelancer during the summer of 2003, covering the reconstruction effort in the wake of the U.S. invasion. In fall 2004, Martin returned for several months to cover Afghanistan's first democratic presidential election. She has reported widely on women's issues in Afghanistan, the fledgling political and governance system and the U.S.-NATO fight against the insurgency. She has also reported from Iraq, where she covered U.S. military operations and the strategic alliance between Sunni sheiks and the U.S. military in Anbar province. She holds an undergraduate degree in political science from the University of Puget Sound in Tacoma, Washington, and a Master's degree in International Affairs from Columbia University. 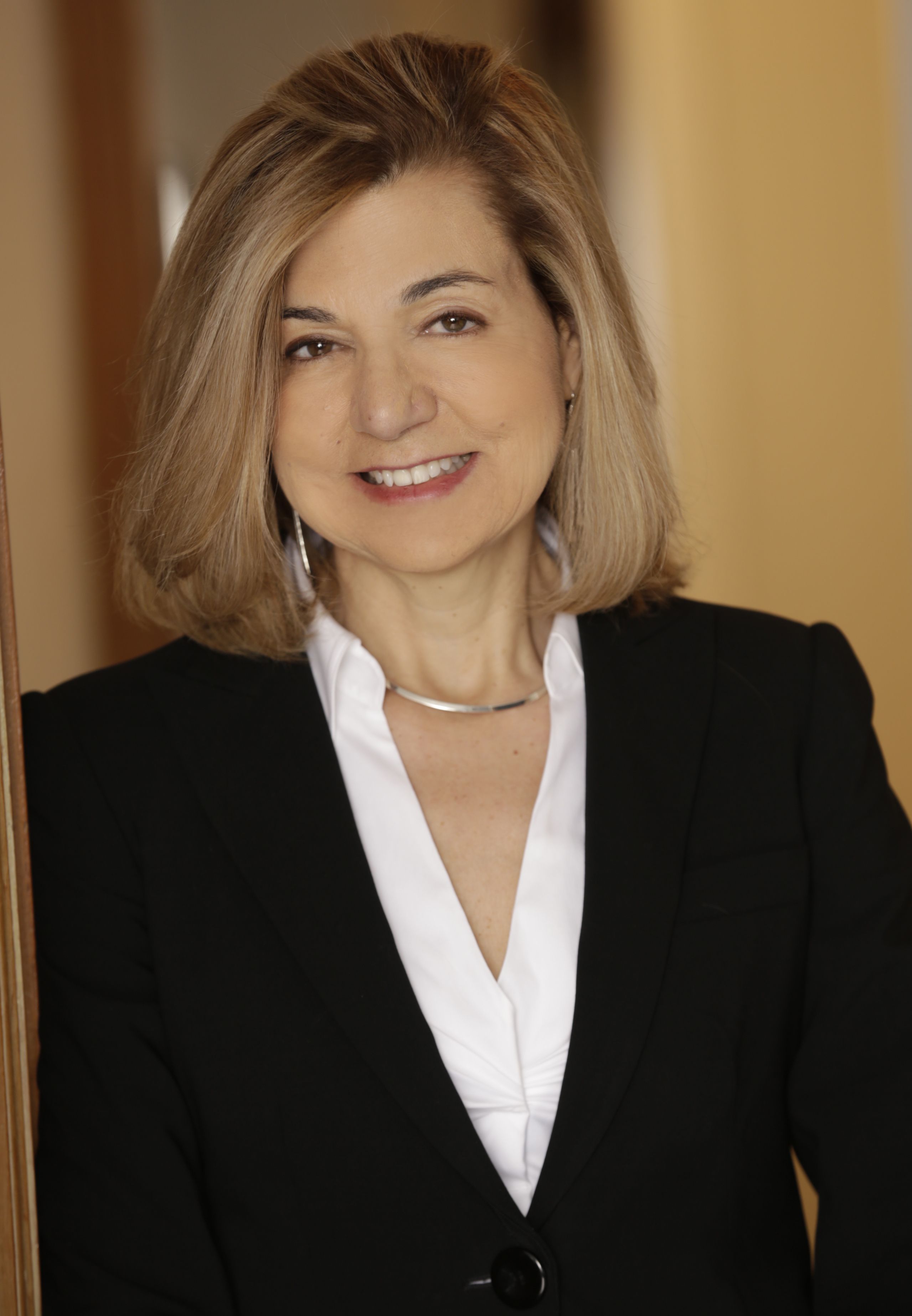 Margaret Sullivan is the media columnist for The Washington Post. Before joining The Post, she was the New York Times public editor, and previously the chief editor of the Buffalo News, her hometown paper, where she started as a summer intern. She is a graduate of Georgetown University and Northwestern University’s Medill School of Journalism.

She was a member of the Pulitzer Prize board from 2011 to 2012 and was twice elected as a director of the American Society of Newspaper Editors, where she led the First Amendment committee. While living in Manhattan, Sullivan taught in the graduate schools of journalism at Columbia University and the City University of New York.

John B. Judis is Editor-At-Large at Talking Points Memo and author of eight books, including The Populist Explosion: How the Great Recession Transformed American and European Politics (Columbia Global Reports, 2016), Genesis: Truman, American Jews, and the Origin of the Arab-Israeli Conflict (Farrar, Straus & Giroux, 2014), The Folly of Empire: What George W. Bush Could Learn from Theodore Roosevelt and Woodrow Wilson (Scribner, 2004), The Emerging Democratic Majority with Ruy Teixeira (Scribner, 2002), and The Paradox of American Democracy: Elites, Special Interests, and Betrayal of Public Trust (Pantheon, 2000). He has written for numerous publications, including The New Republic, The National Journal, The New York Times Magazine, Mother Jones, and The Washington Post. Born in Chicago, he received his B.A. and M.A. degrees in Philosophy from the University of California, Berkeley. He lives in Silver Spring, MD.