50-year Update of the Kerner Commission

Healing Our Divided Society: A Fifty Year Update of the Kerner Commission 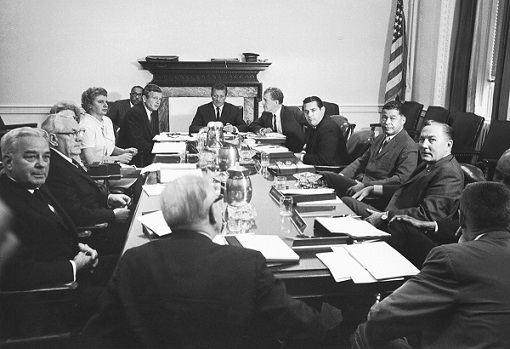 In 1968, the Kerner Commission concluded that America was heading toward “two societies, one black, one white -- separate and unequal.” In 2018, Fred Harris, the last surviving member of the Kerner Commission and Eisenhower Foundation CEO Alan Curtis, conclude in their book "Healing Our Divided Society" that America still had not made much progress in reducing poverty, inequality, and racial injustice.

Mr. Curtis will discuss the need for evidence-based policies concerning employment, education, housing, neighborhood development, and criminal justice based on what has been proven to work — and not work.  A key prerequisite is the generation of the “new will” that the Kerner Commission warned was essential.  To begin generating “new will,” a new coalition needs to build the movement for economic justice among all races and the poor, working class and middle class that Martin Luther King and Robert F. Kennedy were advocating in 1968 before they were assassinated.
NY Times Op-Ed Article on 50 Year Update

Alan Curtis is President and CEO of the Eisenhower Foundation in Washington DC.   He served as Executive Director of President Jimmy Carter’s inter-agency Urban Policy Group and as Urban Policy Advisor to HUD Secretary Patricia Roberts Harris, the first African American woman to be appointed a Cabinet Secretary.   Earlier, he served as a Task Force Co-Director on President Lyndon Johnson’s National Commission on the Causes and Prevention of Violence, formed after the assassinations of Dr. Martin Luther King and Senator Robert F. Kennedy.

Dr. Curtis is Co-Editor of the Eisenhower Foundation’s Fifty Year Update of the 1968 National Advisory Commission on Civil Disorders, known as the Kerner Commission, after its Chair, Otto Kerner, then Governor of Illinois.  The original Commission responded to the urban protests of the nineteen sixties and concluded that American was heading toward “two societies, black and white, separate and unequal.”  The 2018 Fifty Year Update of the Commission concludes that the nation has made relatively little progress in reducing poverty, inequality and racial injustice since 1968.  The Ford Foundation now is providing support for dialogue on the priorities of the Kerner Fiftieth, the need for evidence based policy and the creation of new will among the American people to carry out that policy.

The Eisenhower Foundation is the private sector continuation of the Kerner Commission and the Violence Commission.  The Foundation’s national evidence based Quantum Opportunities youth development model presently is being replicated in the Bronx in New York and on the South Side of  Chicago.

This venue is fully handicap accessible and our meals are designed to accommodate vegetarians.

The nearest metro station is Metro Center. Exit at 12th and F Street, NW. Your destination is the building named "Columbia Square" which will you see right in front of you as you exit the escalator.

There are several nearby parking garages including: