As geopolitical crises and pandemics come and go, the Climate Crisis continues and will not suddenly go away. Global level emission reduction plans currently fall considerably short of reaching the agreed goals. Meanwhile, the pandemic-induced 7% global emissions reduction provides no economic solution – yet this annual reduction level is what we need. No country can solve the crisis alone. Meet Janos Pasztor, MIT ’78, SM ’79, Executive Director of the Carnegie Climate Governance Initiative (C2G) and former UN Assistant Secretary-General for Climate Change, to learn about the challenges and opportunities the world faces as we move towards climate-friendly, sustainable development.

This is an MIT Club of DC program. 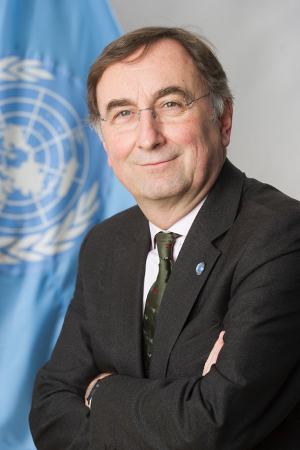 Janos Pasztor (Born in Budapest, 1955) is currently Senior Fellow at the Carnegie Council for Ethics in International Affairs and is the Executive Director of the Carnegie Climate Governance Initiative (C2G). He has over 4 decades of work experience in the areas of energy, environment, climate change and sustainable development. Before taking up his current assignment he was UN Assistant Secretary-General for Climate Change in New York under Secretary-General Ban Ki-moon.

Previously, he was Acting Executive Director for Conservation (2014) and Policy and Science Director (2012-2014) at WWF-International. Pasztor directed the UNSG’s Climate Change Support Team (2008-2010) and later was Executive Secretary of the UNSG’s High-level Panel on Global Sustainability (2010-2012). In 2007 he directed the Geneva-based UN Environment Management Group (EMG). During 1993-2006 he worked, and over time held different responsibilities at the Climate Change Secretariat (UNFCCC), initially in Geneva, Switzerland and later in Bonn, Germany.