A Story from the War 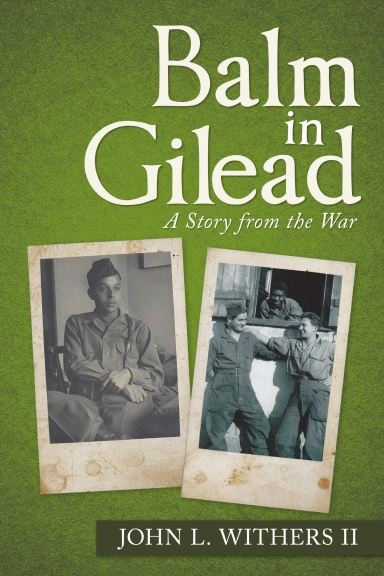 In May 1945, as World War II ended, an all-Black U.S. Army truck company, including Lieutenant John L. Withers of Greensboro, North Carolina, rushed emergency supplies to an unknown German town. Long victims of harsh racial abuse, the soldiers were nonetheless shocked at the horrors they witnessed when the “town” turned out to be the Dachau concentration camp. They were further shocked, days later, when two destitute young Jews, former Dachau inmates, appeared at their encampment and pleaded for help. Housing non-military personnel was strictly forbidden, but the soldiers, with their Lieutenant’s endorsement, sheltered the boys nevertheless. After the war, as he raised a family and launched a career in government, Withers always remembered the Jewish boys and told of the year they hid out in his unit, working alongside and forging close friendships with his soldiers. He himself became their surrogate parent, guiding them towards understanding that, however horrid the past, the future yet held hope.

John L. Withers (1916-2007) was a career Foreign Service Officer, who served in the U.S. Agency for International Development from 1958 to 1979.  His assignments included Laos, Thailand, Burma, Korea, Ethiopia (twice), Kenya, and India.

This is a Harvard club of Washington, DC event. It is FREE for Columbia members, but you must register on their website: HERE

Ambassador John L. Withers II, PhD was born on November 1, 1948 in High Point, North Carolina. He spent much of his childhood abroad when his parents joined the Foreign Service in 1957.  Their assignments included Laos, Thailand, Burma, Korea, Ethiopia, Kenya, and India.  His own career later took him to the Netherlands, Nigeria, Russia, Latvia, Slovenia, and Albania.  Beyond his diplomatic work, Ambassador Withers researched in his private time an incident in his father’s World War II service in which his father and his African-American quartermaster company rescued two young Jewish Holocaust survivors from the Dachau concentration camp. Ambassador Withers eventually reunited his father with one of the men fifty-five years later.  The episode, which he turned into a book, gained the attention of television, major newspapers, and humanitarian institutions.  On a separate front, two singular honors were accorded his work as American Ambassador to Albania.  In November 2012, in marking the 100th anniversary of the country’s independence, the city of Vlora, the cradle of Albanian liberty, made Ambassador Withers an honorary citizen for his strong advocacy of Albanian democracy.  Three years later, Albania’s capital, Tirana, awarded him the key to the city.

Ambassador Withers is married to Maryruth Coleman, a Senior Foreign Officer.  He retired from the State Department in 2010.  He is an avid tennis player, an amateur Chinese cook, and an aspiring writer.