Posted by NationBuilder Support on August 12, 2013

This was the first series of its kind in the D.C. area, and we kicked off with Megan Chan, Senior Editor at “Politico.”  This was her first public talk since the parent company’s acquisition of Capital NY, as well as the Politico’s anticipated expansion into long-form journalism.

Digi-Cultural Trend Analyst and creator of this fireside series, Lauren deLisa Coleman, conducted a one-on-one with Megan, who also happens to be a fellow Columbia alum. What can we expect next from “Politico,” given that media reports indicate that CNN has scaled back on its political coverage creating an increased void?  How will the company leverage the digital space to better engage readers? What will be the dynamic between “Politico” and “Capital NY”?  And are people really ready for long-form in the era of the “listicle”? What does it all mean for you as a member of the D.C. powerati? 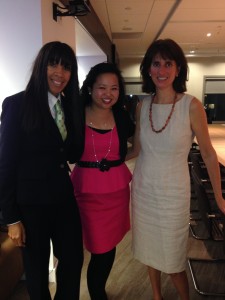